“Major” Disappointments for Some Grads 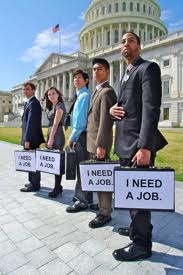 Time to “read the tea leaves” and accept the sobering news: Today’s employers are looking for grads who have  earned “employable” majors.

While you may have enjoyed learning about Medieval  Religions or European Folklore & Mythology, these majors will flag you as a minor contender in the working world. So what majors are hot and which are not? A brief rundown:

Business. While shunned by some students as “selling out to the system,” the business major is a favorite among nearly a quarter of today’s students and is currently what today’s economy needs. Almost two-thirds of companies recently surveyed noted that they were looking for business majors. After engineering, business majors were the second-most in demand.

Engineering/Computer. Regrettably, these are among the least popular majors among students, yet they’re the ones most companies are clamoring for. Job growth in e-commerce, Internet publishing, and IT fields is expected to be robust in the next five years.

Biological Science. More options and a healthy growth rate in research—particularly in pharmaceuticals—make this an employable major.

Social Science. Favored by less than one-sixth of today’s employers, social science grads have an uphill battle when it comes to finding a job in today’s depressed job market. You’ll need to add a business-oriented skill-set to your degree to become more employable; otherwise, you’ll have to enter the teaching field, which means adding a teaching credential.

Education. While it ranks 4th in popularity as a major among students, education budgets in virtually every state are being slashed.  Equally depressing are teachers unions, who still insist on FIFO hiring practices (First In, First Out). So regardless of how good a teacher you may be, you could be out of a job long before an older, substandard teacher is outplaced.  Your only hope is private schools, where hiring is expected to rise as dismal test scores in many public schools force parents to forgo overseas vacations and Mercedes and send their kids to private institutions. But be warned, the competition for private school jobs can be brutal, entailing rigorous overviews of your academic records and rock-solid character references.

Psychology. Only a scant number of employers will even look at psych majors. Expected job growth in this area is anemic at best—barely creeping up to four percent. Some larger companies may hire you to administer personality tests, but those jobs will be few and far between.

Visual & Performing Arts. This is the glamour major that attracts many college-bound seniors. They see movies like “Step Up” and they want in. Problem is, paid openings in this field are scarcer than feathers in a Cuckoo Clock.
Bottom line: If you’re looking to pay off your student loan, get a new car, and get out of your parents’ house, you’ll major in what today’s employers want.

Hector Silva Tells the Story of How Advanced Design Sketching and S...
news via Core77