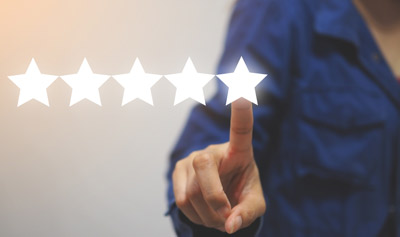 While paying close attention to detail is a desirable skill, employers are done hearing any candidate utter the words “I’m a perfectionist.” Whether you’re listing perfectionism as a strength or a weakness, you’re not doing yourself any favors by using the term. Here are three reasons you should never again mention that you are a perfectionist.

1.  Employers are tired of hearing it.
Simply put, saying you’re a perfectionist doesn’t make you sound special. Employers have heard every other candidate claim the title in every other interview, so even if you do think you have a problem with perfectionism, don’t say it. Everyone has actual strengths and weaknesses - instead of coping out and going with “I’m a perfectionist,” take time before the interview to think about what strengths you have that would make you a good candidate, and at least one genuine weakness accompanied by a reason why you think this job will help you grow out of that.

2.  It makes you seem like you take a long time with projects.
It’s common knowledge that perfectionists can be difficult to work with because they have trouble completing anything unless it feels absolutely perfect. If you mention that you are a perfectionist in an interview, it can sound like you take a long time to finish assignments due to a need to make it flawless, which isn’t efficient or productive in the workplace. An interviewer who is seasoned knows how to look for the negative aspects of every strength and weakness, and perfectionism has easy-to-see issues.

3.  You can sound over-rehearsed.
Employers want people who are genuine, and anyone who says they are a perfectionist can sound very robotic or over-rehearsed. Again, there isn’t anything unique about people who say they are a perfectionist. Using the term just makes you seem like you are repeating whatever the Google search for “what to say in a job interview” comes up with.

If you have previously stated you were a perfectionist in a previous interview, your career isn’t over. From now on, try saying that you can be overly critical as your weakness, but soften the blow by saying your strengths are working in a team, that you take constructive criticism very well, and that you are an efficient worker.

Good luck with that next interview!