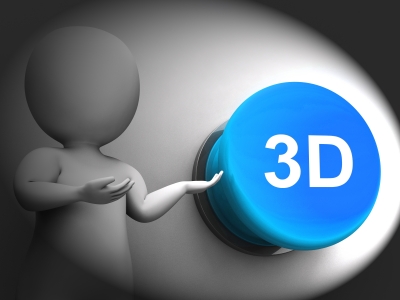 Additive manufacturing, or 3-D printing, helps companies create custom products and unique parts after designing such items on a computer. The process saves time, money and potentially lives. Some companies specialize in making medical parts such as prosthetics, surgical tools and surgical parts.

Doctors have saved the lives of three babies by manufacturing personalized implants that their bodies used and absorbed without problems. Three babies with tracheobronchomalacia, a dangerous and sometimes fatal disorder that causes the windpipe to collapse, had airway splints surgically implanted, which allowed them to recover and breath freely.

The U.S. Food and Drug Administration has not yet approved these devices for widespread use, but the agency has allowed them in emergency situations. The first child to receive such an implant had surgery at three months old. As of 2015, Kaiba Gionfriddo attends preschool like a normal child at three years old. Two other boys suffered no complications from the implants, and they had implants at five months and 16 months.

Doctors tout 3-D printing, and its abilities to make custom parts, as the breakthrough needed to cure this condition for the first time. Approximately 1 in 2,000 children worldwide suffer from tracheobronchomalacia. Children cannot exhale fully, and their windpipes may collapse.

Before 3-D printing, the only way to save a child's life included sedation and intensive care. Infections and complications from these treatments make the disease fatal in many cases. The new cure leads to better prognoses for children who otherwise may not live.

Designers use CT scans of children's airways to create customized implants. Manufacturers make the medical parts of biomaterials designed to expand as a child grows. The implants form a hollow, porous tube made of polycaprolactone, a stretchable substance that harmlessly dissolves in the body over time. Surgeons suture the implants over a child's airway.

It took one to three days to make the objects, and a clinical trial with 30 children comes next. This 3-D printing technique could expand to manufacture implants and parts deemed too expensive by medical device companies, especially for rare disorders that require high investment costs with little or no return on investment. Instead of setting up factory lines that take months, additive manufacturing reduces the time between the design phase and the end product.

Companies with 3-D printing capabilities have made other medical devices such as stents, prosthetics, hearing aids and dental implants. Additive manufacturing has changed the way doctors practice risky surgeries. Companies can print precise replicas of internal patient systems to provide exact practice models for surgeons. A printer made by EnvisionTEC produces the 3D-Bioplotter, a printer in use since 2000. Since its inception, the printer was made into a smaller version that uses organic materials to make soft tissue. The 3-D printer also makes prototypes for bone models and metal parts.

Companies that use 3-D printing have thousands of potential uses for custom-made products. In addition to consumer products, medical companies can save lives and money by having an additive manufacturing tool on site.