5 Dangerous Apps Your Kids Are Using 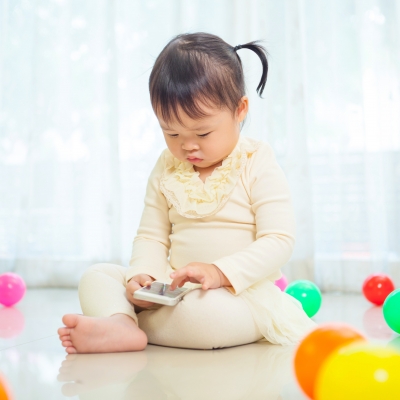 Many kids love to play with the latest technology, but some dangerous mobile apps pose risks to young users. By familiarizing themselves with these risks, parents and grandparents can make sure their little ones are playing safely online.

Snapchat is a popular picture messaging app among young people. Unlike the images sent from other similar mobile apps, the messages that users send are only visible for a few moments before being permanently deleted. This feature can lull young people into a false sense of security, as they may think that it is safe to send risqué photos or highly personal information, whereas in reality it is very easy for the receiver to save the message by taking a screenshot.

Tinder is a dating app, which immediately flags it as a potentially dangerous mobile app to most parents. Although Tinder's terms and conditions forbid underage teens from using it, young people can get around this rule by simply changing the age on their Facebook profile. They can then become part of Tinder's dating culture, which encourages casual "hook ups" between users. Children using Tinder could easily be exposed to sexual predators or inappropriate content from people much older than themselves.

Vine allows users to create videos six seconds long and share them with their friends. That might not sound so dangerous, but there are several disturbing trends that have emerged on this mobile app, such as the #FireChallenge hashtag in August 2014. This trend encouraged teens to set themsevlves on fire, film it and share the video with their friends to gain popularity. Vine Kids, which shows only age-appropriate content and doesn't allow users to record their own videos, is a safer option for young children.

Malicious rumors have circulated between groups of teens for centuries, but Whisper is a mobile app that practically encourages their spread. Using Whisper, users can post pictures and send texts anonymously, creating the potential for online bullying. Whisper also shares users' posted secrets with others who are physically nearby, which could leave vulnerable children at risk of being exploited.

9Gag is one of the most popular mobile apps for distributing images and memes online. However, with no moderation of content, kids using 9Gag could easily stumble across content that is disturbing or completely inappropriate for their age group. Although young people often think the app is a great source of entertainment, there is some very nasty content lurking on 9Gag servers.

The five mobile apps listed above can all pose dangers to kids. Some expose kids to inappropriate content, while others open up the potential for online bullying, sexual exploitation or abuse. Parents can help their kids stay safe by encouraging them to use moderated forums or age-appropriate social media apps to connect with their friends.

The viral app that makes you look old with shocking precision may b...
news from Markets