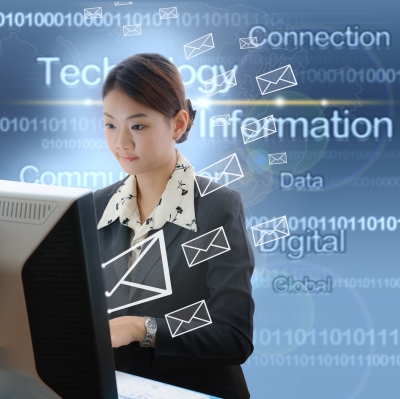 The tech job with perhaps the brightest outlook for 2014 is mobile apps developer. Over the last few years, the technology of mobile computing has radically transformed how people think of the Internet, and the new applications and display technologies that go with it have made it necessary to essentially rebuild the Internet one site at a time. Mobile-optimized sites, games, and apps are a booming field, and it falls to the mobile apps developer to fill the gap. It helps that mobile app developers are still in short supply, which has been driving salaries in the field steadily upward.

Software developers are also in demand. It's always been true that users need easy-to-use interfaces, but the rise of the "Internet of Things" has made a smooth interface more important than ever before. In the past, getting connected to a worldwide audience was strictly optional for businesses, but 2014 will see the further development of in-place connectivity. Customers expect to be able to instantly access an entire database full of inventory with the click of a button. As a software developer, it's your job to make that possible for them, and there's no shortage of clients.

Software engineers have a somewhat different job from software developers. Software engineers are on the forefront of designing and implementing new software solutions to the problems caused by the last system upgrades. Web 2.0 was the work of software engineers, and they will continue to push the new technology to its limits.

At first glance, a business intelligence analyst seems like something out of a Tom Clancy novel. On the contrary, it's going to be one of the best tech jobs around in 2014. With the increasing popularity of Big Data approaches to seemingly intractable problems, it will take something akin to an intelligence officer to parse the numbers in a way that makes sense. Again, this is a new field, and specialists who really know what they're doing are scarce.

The elder statesman of tech careers is the data architect. Data architects have been designing and implementing databases for decades now, and their skills are more in demand with each passing season. Databases make the world go around, and as a data architect, you'll be the expert with your hand on the globe. Smoothly functioning databases are the technology underneath nearly every other technology on Earth, ensuring a steady supply of the best tech jobs for people who know Oracle, SQLServer, and other database markup languages.

For several years, jobs in the technology sector have attracted some of the brightest workers in the modern economy. The best tech jobs offer great pay, good benefits, and a stable long-term outlook, and there's no sign they'll go away in 2014.

Studies Show Female Gamers Are On The Rise — But There's Still A Ma...
news via Refinery29