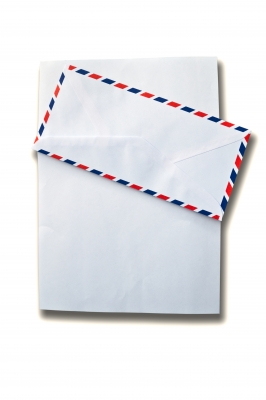 Your cover letter should be a finely tuned, concise, grammatically correct snippet of why a company hires you. Verbiage is more than just placing the right cover letter keywords. You need to tell your story to your prospective employer and make your case. Meanwhile, avoid cover letter clichés that cause HR managers to throw your letter away after one glance.

U.S. News & World Report explains five cover letter clichés that get noticed for the wrong reasons. Instead of personalizing your letter, these bad examples of correspondence do the opposite. Make your case for the position by composing your letter about your story, not about generic John Q. Public.

Don't start out with "Dear Sir or Madam." The first step to grabbing someone's attention is to address them directly. Find out the name of the human resources manager. Sidestep one of the worst cover letter clichés with a simple phone call to the office that takes less than 30 seconds. Ask the HR secretary the name of the person who vets the initial files, and address that person as "Mr." or "Ms." in the salutation.

Forget "I'd like to apply for a job at X company." Not only does this sound impersonal, but it's also informal and grammatically incorrect. Your first paragraph is where your story starts. Introduce yourself with a personal story about why you want this job. This shows you're not just applying for the job, you're also personally invested in the position.

Another of the worst cover letter clichés involves thinking you're the perfect candidate. Instead of telling your future boss you think you can do the job perfectly, explain how you fit the qualifications. The first rule of storytelling is to show, don't tell, so use examples to illustrate why you epitomize the best candidate.

Avoid the phrase "detail-oriented team player." Again, show how this concept fits your working style. Illuminate a past project in which you excelled at teamwork and detail work because no one else engaged in this exact same task.

Do not mention your fandom of the company. Your personal story about why you want this job more than anyone else already covers this aspect. Plus, one of the biggest cover letter clichés revolves around kissing up to the boss too much. A cover letter isn't about building a shrine to the company, it's about why you should work there.

Instead of falling into the trap of generalizations, replace your clichés with relevant cover letter keywords. Use action verbs from the job description to tell your story. If your prospective employer needs someone who "interacts with customers on a daily basis," then you should write about how you interacted with other people daily and connected with those people.

Everyone has a story to tell in a cover letter. Make sure you tell your story by avoiding cover letter clichés that sound similar to every other submission. Your cover letter serves as the first impression to your future boss, so stand out from the herd and get noticed.

Photo courtesy of bulldogza at FreeDigitalPhotos.net