60 Seconds to Recharge a Battery 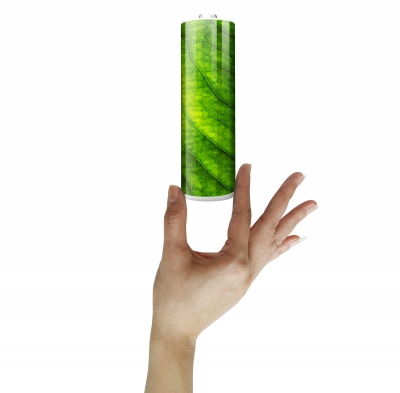 Researchers at Stanford University claim to have created an aluminum battery that completely charges a cellphone in just 60 seconds. The breakthrough could lead to longer-lasting electronic devices, more efficient solar panels and better hybrid vehicles.

The key to the new battery lies in the aluminum ions rather than lithium. The cathode of the battery, or one of the small rods that helps create electric current, is made of graphite. The aluminum battery is flexible and durable, and it charges a contemporary smartphone in just one minute.

Combine a new aluminum battery with smartphones that update software automatically, and consumers have the ability to save money by using their phones for several years, even decades, longer. Consumers would no longer need to buy new cellphones every two years.

Displays for the latest smartphones and tablet computers often drain a cellphone battery quickly. When games and apps move images on the screen quickly and lots of pixel changes occur, the battery drains at the highest rate possible. If the new aluminum battery lives up to its researchers' expectations, consumers may not have wait more than an hour to recharge their gaming devices.

The new battery design does have its drawbacks. Stanford created very small batteries, and the team of researchers has yet to prove this type of cell can be made for larger sizes. Energy density appears to be the main concern, which means these batteries cannot store a lot of power at once. Cellphones may have to be recharged more often if the aluminum-style cellphones that cannot hold as much juice as lithium batteries. Aluminum-based batteries also tend to corrode faster than similar batteries made with other metals. The team continues to research how these batteries can overcome these obstacles to coming to market.

The implications of the new technology are vast. Aluminum is recyclable, so the company that buys any patents from Stanford can recollect the batteries once they give out and use the aluminum for other purposes. Solar cell battery storage may last longer, providing an even greater savings for consumers. Electric vehicles may be able to keep their batteries longer before replacement, dropping the overall costs of these vehicles for consumers.

The next step for researchers lies with making larger batteries and then taking them to market. Both steps require investment. Perhaps Duracell, Eveready or Tesla's Gigafactory can step up and help Stanford's proposed battery revolution. Additional research may take years before these batteries are ready for everyday devices.

An aluminum battery could be the next breakthrough that makes technological devices even better. Companies that manufacture cellphones, mobile sensors and consumer electronics stand to benefit the most from this technology in the foreseeable future.

The electric car revolution
news from The Week - Business