A Few Big Construction Projects Underway in the US 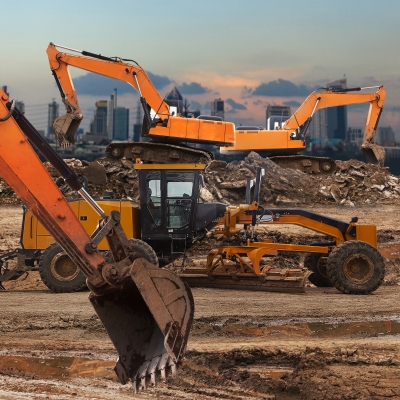 The recession may have hit many construction companies hard over the past few years, but some large construction projects are finally beginning to come together across the nation. These big construction projects have price tags in the millions or billions of dollars and drum up a large number of employment options for local workers and those willing to move and be a part of them. Many of them are infrastructure upgrades or expansions years in the works, while others are relatively new concepts that fill a real need for commuters across the nation.

The Dulles transit extension will give Dulles airport a chance to compete with the other D.C.-area air facilities. For years, the airport has struggled due to a lack of metro access, with a long car or bus ride being the only inexpensive way to get to the facility. The new Silver Line of the D.C. metro transport system will feed directly into the airport, making it possible to catch the train from nearby locations. The extension is one of many construction projects currently underway and will cost the federal government $975 million and the state of Virginia $200 million. The remainder of the estimated $6.2 billion required for the project will come from the airport itself and local toll road increases. The line is expected to open at the end of 2013, with the full extension completed in 2016.

For years, the Alaskan Way Viaduct soared over Seattle and helped move traffic through the area. When the overland route was damaged by an earthquake, the local government suggested replacing the Alaskan Way with a tunnel. After years of political maneuvering, construction jobs have been filled and work has begun on the new Alaskan Way. The $3.1 billion project will be paid for primarily by federal funding, state gas taxes, and tolls. The Port of Seattle has also made a sizeable contribution to the project. Construction projects of this size often take quite some time; the new tunnel is expected to open in late 2015.

Federal funding is required to create construction jobs for many projects. There is never any guarantee that the funding will last in uncertain financial times. Detroit, Michigan, is at the center of one of the largest construction projects underway in America right now. The city sits at one end of the $950 million bridge that will eventually connect it to Windsor, Ontario, and create a new overland route between the United States and Canada. The project has faced multiple delays due to challenges from the owners of a nearby private bridge, though the presidential order to begin construction was issued in March of 2013.

Major construction projects create jobs for construction workers and materials suppliers across the country. These projects lead to increased economic activity and give workers a variety of employment options. From the planning stage to the completion of these projects, workers can find opportunities constructing these million- and billion-dollar wonders.