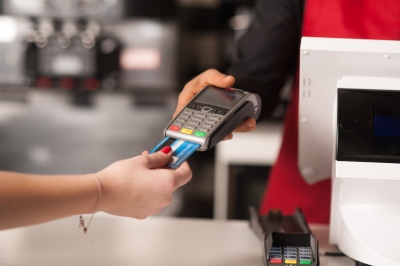 The hospitality and retail industries combine to make up 20 percent of U.S. jobs, according to the Bureau of Labor Statistics. Good wages, however, are often difficult to find in these industries, as most retail jobs pay not much more than minimum wage. Whether you are between jobs or just want to make some extra cash over the summer, these four companies are some of the best retailers for those looking for good wages.

IKEA is a widespread Swedish furniture store known for selling a variety of affordable assemble-it-yourself furniture options as well as home accessories of all sorts. According to USA Today, IKEA plans to raise its minimum wage by 17 percent by Jan. 1, 2015. The retail chain was already offering some good wages at $9.17 per hour for starting employees, but it is now to offer $10.76. According to IKEA president Rob Olson, the change is based on the MIT living wage calculator and is meant to decrease employee turnover while creating a better life for employees.

The Gap is a fashion retail company that includes brands such as Old Navy, Banana Republic and Athleta. The Gap has a history of paying good wages. As of 2014, the company increased its basic wage to $9 per hour, with the wage set to increase again in 2015 to $10 per hour. This wage increase has an impact on 65,000 current employees.

Costco's good wages are some of the best in retail when it comes to minimum wage, with new workers starting at $11.50 per hour. The average wage of a Costco worker is approximately $21 per hour, much higher than many retailers. In addition to good wages, the company also offers employee health insurance, and it features a notably positive work environment.

Whole Foods Market is a high-end natural foods store that places an emphasis on high-quality natural and organic products, and it also offers good wages with a minimum starting wage of $10 per hour. Whole Foods offers a clean, healthy work environment, and its retail jobs range from cashier and customer service team member to team leader. Although the minimum wage is already nothing to scoff at, employees can earn up to $20 or even $28 per hour depending on their position. The company is listed as number 30 on Fortune Magazine's list of the 100 Best Companies to Work For.

Although a number of retail companies still pay workers a wage that does not even allow for survival according to the MIT living wage calculator, the best retailers are taking a stand for their employees. Retailers that offer good wages are also likely to have a more positive work environment as the minimum wage reflects the company's overall care for its employees.