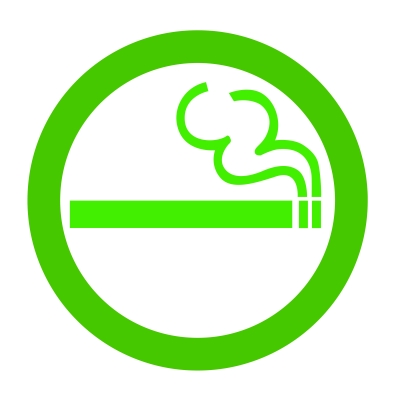 Scan the magazines at the grocery checkout and you can’t miss these headlines:  A diet that lets you eat pizza, French fries and ice cream and still lose weight.  A powder to shake on that pizza, or French fries or ice cream and take the calories away.  Lite beer with half the calories so you can still overindulge but avoid the unattractive (and unhealthy) beer gut.  A face cream that takes away all the lines and wrinkles overnight.

The promise of indulging without consequences is big business.  It’s human nature to try to find ways to enjoy things that might be bad for you without the pain or consequences.

Cigarette smoking, enjoyed by many and romanticized in so many movies and TV shows, like Mad Men, is one guilty pleasure that has been all but banned entirely.  In 1970, President Nixon signed legislation that banned cigarette ads from TV and radio.  New reports show that menthol cigarettes may soon be banned altogether since menthol cigarette smokers start smoking earlier in the day, wake up more to smoke at night, and go back to smoking more often after they try to quit.

No one would dispute that cigarette smoking is bad for you.  What about a cigarette you can smoke without the hazards of smoking real tobacco?  It didn’t take entrepreneurs long before they invented the ice-cream-and-pizza-diet equivalent to cigarette smoking—the e-cigarette.

E is for electronic.  E-cigarettes contain no tobacco products, and come with or without a nicotine delivery system.   Smokers inhale through a mouthpiece, and the cigarette produces a vapor like smoke, which is inhaled and exhaled.  The tip even “lights up” like a real cigarette.  All the pleasure, without the pain and risk.  The effects of this e-alternative aren’t completely known, though.  There is a lot of controversy about trading one hazard for another.  However, according to an article in Fast Company, analysts thought e-cigarettes would top $1 billion in sales by the end of 2013.  Well, that’s already happened.  In fact, they predict that they will outsell regular cigarettes in the next 10 years.

Great news for entrepreneurs who invented these alternatives to the nasty tar-and-nicotine versions that were first banned in 1995 in public places in California.

E-cigarettes pose a whole new set of problems.  Half the e-cigarette sales are made online.  Real cigarettes are highly regulated, sold only to those over 18.  The FDA is looking into regulating the sale of e-cigarettes as well, to keep them out of the hands of minors.

Smoking has long been banned in public places, including the workplace.  Will e-cigarettes find new acceptance as a “healthy” alternative?  All the pleasure of puffing away without the cancer risk to the smoker or those around them?  Is a co-worker in the next cubicle, puffing away on an e-cigarette any less annoying?  Is the smoky vapor any less distracting?  Just because the brownies Harvey brought into the office are made with organic oatmeal and raisins, are they any less a threat to your waistline or willpower than the “real” ones?

If your job is selling for one of the tobacco companies, e-cigarettes are both a curse and a blessing.  With more people shunning tobacco products, the tobacco companies are coming out with their own e-versions.  The promise of indulging in something that was bad for you without the negative consequences satisfies the customer. Just like the exercise pants that promise you’ll lose that unattractive belly fat just by wearing them while you sleep.  All the pleasure (well, almost) without the pain.