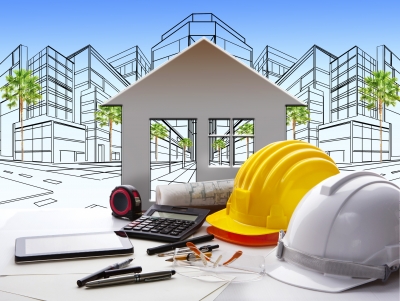 With the current economy growth slowly lifting everyone out of the financial recessions that have blighted the global economy, various economists have made it clear that it's still fragile out there. Construction jobs are a good indication of whether the economy is sustaining its recovery, and Automatic Data Processing (ADP) announced that construction, along with many other sectors, added serious amounts of jobs in December.

The creation of 48,000 extra construction jobs means that this sector has had its best month for seven years—the last time construction had this sort of gain was in 2006, shortly before the financial crisis hit. This is among generally encouraging reports that a total of 238,000 jobs were added in December.

The CEO of ADP said that the report was encouraging and offered a great start for 2014. One economist singled out construction as a good sign that businesses are becoming more confident about spending and increasing the general number of jobs about. So what does this mean for construction jobs in general?

The increasing number of jobs could come to a halt, but that's unlikely. Usually, trends slow over time, so the fact that it's increasing is positive. This means more work for those who are in construction and better long-term prospects. While the number of construction jobs may not reach the levels seen in 2006 and 2007, it's unlikely that it will drop off any time soon.

Of course, all this data is contradicted by the Bureau of Labor Statistics, which indicated that only 74,000 jobs were added overall; although, this figure was explained by the polar vortex that created incredibly cold weather over a large part of the nation. Construction jobs are affected by the weather quite severely, and it seems unlikely that many would have been hiring during subzero temperatures. What gets odder is that unemployment fell from 7 percent to 6.7 percent.

One of the biggest success stories has not been construction but oil and gas, with 2014 poised to be a boom year. The ten states that have reserves have repeatedly added jobs, buoying the national economy.

It's somewhat unclear as to whether the ADP report was accurate, but when it's different from the government's own job data—by 151,000 jobs—it's clear that something's not quite right. According to the BLS's own data, the number of construction jobs fell overall. In addition, ADP has missed the official BLS data by around 50,000 each month.

The ADP report for January has been released, and it is possible that the construction industry bounced back in January to add 25,000 construction jobs. If this is accurate, then it seems that there will be more opportunities for everyone involved in building.