About the Argument to Defund the IRS 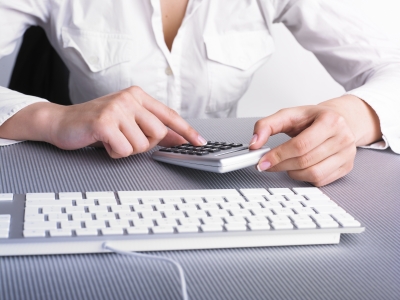 The IRS has long been a tool used by presidents to target political enemies and leverage systematic power against American citizens. Steve Forbes points out that Kennedy, Roosevelt, Johnson and Nixon all had no compunctions about abusing the power of the IRS, but claims that the recent abuse of power by the Obama administration overshadows them all. However, his call to reduce the corruption by defunding the IRS may be the wrong tactic.

The IRS affects the lives of nearly every American citizen, auditing more than 1 percent of individual tax returns every year. Tips on handling IRS audits flood the Internet. Unfortunately, the IRS has lost several thousand relevant emails that Congress is demanding to see, though Catherine Rampell posits that this may be due to outdated technology rather than outright malice. Congress began pruning the IRS' budget in 2010, resulting in the loss of about 14 percent of its discretionary funding and the shrinking of its staff by 11 percent. At the same time, its workload has increased, with new laws like the Affordable Care Act and the Foreign Account Tax Compliance Act, not to mention the ever-present and growing problems of tax fraud and identity theft. The IRS serves as the chief revenue collector for the government, and it's just had its budget slashed by another $340 million.

The estimated difference between the taxes owed and the taxes paid is $385 billion. The Treasury Department estimates that for every dollar spent, the IRS returns $6. Slashing the budget starves the government of significant income and preserves a huge illegal tax cut. The money collected by the IRS funds government programs such as Medicare and Social Security and pays for public schools, medical research, national parks, and roads.

There's no doubt that the IRS has overstepped its bounds and unfairly targeted people associated with particular political and ideological beliefs, though it's likely that this was done for expediency rather than as a concerted attack against the Tea Party. Internal investigations have confirmed that the IRS did not receive or acknowledge outside pressure to focus its attention on Republican organizations, but that the error came about because a group of mid-level employees chose politically-charged keywords to identify and exempt social welfare groups. The report has also indicated that poor management allowed this problem to continue unchecked for 18 months. The controversy has demonstrated aptly the importance of clarifying tax laws regarding social welfare groups and political activity, not to mention what political activity can be defined as, something that Obama has vowed to address in the upcoming future.

Most battles featuring the IRS cast the agency as a money-hungry villain, but closer examination has revealed that, although the organization has made several grievous and unacceptable errors in its approach, defunding the bureau only worsens the underlying problems. The IRS targeted Tea Party and Republican organizations not out of a corrupt political agenda, but out of minor incompetence exacerbated by an inept management.