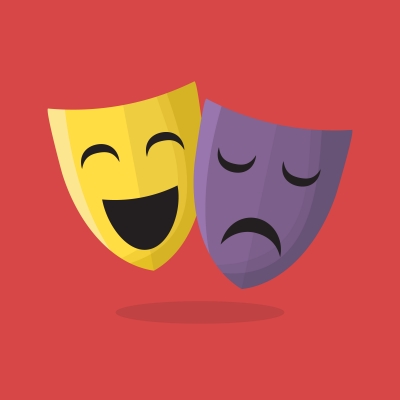 Having trouble networking? Why not try some different networking tactics the next time you have an opportunity to get to know some colleagues in a work situation. Any social gathering, such as office holiday parties, interdepartmental meetings and sales presentations, offer you a chance to network. When you find yourself in these situations, think of yourself as part of a Broadway production.

1. You're a Character in a Musical

Before the curtain rises on your show, you get into character. You asked yourself, "Why am I here?" and "What are my motivations?" As you strike up a conversation with someone, think of yourself as a fictional character on a mission. Your multidimensional character comes out a different person by the end of the musical after having gone through trials and tribulations, but you know that you, the main character, ends up much better for it. Likewise, you are much better after you try your networking tactics with a colleague.

Include the audience in your networking tactics. That means be open to new conversations, listen to people reacting to how you speak, and let your body language show you are ready to talk. Rather than pull into a tightly closed circle of people to talk, keep your body open at a 45-degree angle, or "cheat out" to use a theatrical term, so that the audience on the outside of the conversation sees an opening to participate. Including the audience in your conversation leaves you open to meeting more people as you network. As you get to know people, you increase your social capital among your colleagues who begin to recognize you as a trusted person in your field.

3. Lurk in the Wings

Before an actor goes on stage, he waits in the wings for his cue. Networking tactics work the same way. You have to wait and lurk in a conversation before joining it. For example, you are an expert at selling CPG brands. You overhear a conversation about the latest CPG marketing technology that's revolutionizing the industry. You jump at the chance to talk about something that's familiar to you. Similarly, you can look for people who are also lurking around a conversation and strike up a conversation with them. You both have something in common: you're both waiting in the wings, which gives you a topic of conversation to break the ice.

As William Shakespeare wrote, "All the world's a stage." In the grand scheme of networking, think of yourself as an actor giving a grand performance as part of your networking tactics. What do you do to improve your networking skills?