Age Doesn't Have to be a Factor 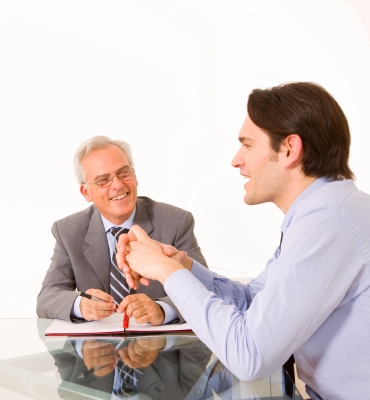 Age discrimination is still an issue in the modern American workplace in 2017, even though the practice is technically illegal. Statistics show that the unemployment rate for older workers is higher than that of younger workers, and several factors come into play. As Forbes contributor Lexy Martin notes, the tech industry actually values older workers for several reasons. Martin is 72 and loves her job at Visier, Inc.

Visier Insights reveals several facts and myths about age discrimination as it relates to the tech industry. Workers at tech firms are, on average, five years younger than workers in other industries. The average age of a manager at tech company is 42, whereas a manager at non-tech firms averages age 47. Despite differences in age, tech companies actually value older workers more because more experienced employees typically earn higher performance ratings as they age and mature in their careers.

Older workers in tech don't receive a drop in salary, and they follow the same basic career lifecycle as non-tech workers and across every generation. Further, newly hired workers make the same amount of money as tenured employees based on their experience in the tech industry. This shows that tech companies recognize the value of workers who have relevant experience and skills, even if they haven't been at their jobs for very long.

Despite these better-than-average numbers from the tech industry, there are still problems with ageism in America when it comes to hiring older workers. Younger managers typically hire people they can relate to. Technology usage is also a factor, as hiring managers may feel older candidates aren't as tech-savvy as younger people.

Older workers have plenty to bring to the workforce. Older generations typically stay with firms longer. As many as 21 percent of millennials change jobs within a year, according to a 2016 Gallup report. That's three times more than older generations. Older workers have lower turnover rates, thereby saving firms money from having to hire another person.

AARP notes that employees age 50 and older are the most engaged employees at companies. Age-diverse departments innovate better, a key metric that tech industry firms need to recognize if they are going to stay ahead of the competition. Conformity discourages innovation and forward-thinking ideas, and that lack of progress can doom startups and smaller companies that try to compete in a huge market.

The key to landing a job in an ageist world is to find your passion. When you're passionate about a position, it shows. Older workers who leverage their passion in the tech industry can buck trends and disrupt stereotypes. Maintain your passion by learning something new every day and broadening your horizons to stay relevant to your peers.

Everything you need to know about converting your RRSP into a RRIF ...
news via Financial Post - RSS...