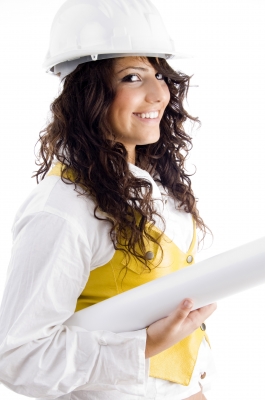 Engineering universities across the country have programs designed to teach aspiring engineers skills they need to succeed in their future careers. A student in training to be an architectural engineer, also known as a building engineer, learns how to use engineering principles and technology in modern building design and construction. It's imperative for an architectural engineer to learn these skills. However, it's also important to consider how teaching students attending engineering universities to design modern buildings will affect older structures. Has the engineering industry aged so much that it's ready to be revamped?

Engineering universities are teaching students to design cost- and energy-efficient buildings that are becoming the new standard for modern architecture. Advanced technology makes ideas like building automation and high-tech security systems possible—but as new engineers are taught to use modern concepts, are they also learning to apply the old architecture saying, "out with the old, in with the new"?

All over the country, aging buildings that once inspired students at engineering universities are being renovated or demolished, including Houston's famed Astrodome. The Astrodome was built in 1965. While it has stood empty and unused for the past five years, the domed structure's space-age appearance perfectly embodies the postwar American architecture prevalent throughout the 1960s. The building—steeped in history—takes you back to a time when people were so scared of nuclear fallout that buildings were designed to appear impenetrable. Not only have countless sports games and concerts taken place at the Astrodome, but the Apollo 11 astronauts—Buzz Aldrin, Neil Armstrong, and Michael Collins—once stood on stage in the Astrodome, where they were presented with medals from the city of Houston. Unfortunately, this is a piece of history that may not be preserved.

At the beginning of November, voters in Harris County, Texas, rejected a $217 million bond that would transform the Astrodome and left the fate of the structure unknown. According to a recent editorial on CultureMap Houston's website, Reliant Park officials have now set a date to demolish four of the circular ramp towers that are attached to the Astrodome. Even with the current demolition plans in place, the Houston Archeological and Historical Commission recently voted unanimously to consider an effort that may give the Astrodome landmark status, saving it from being completely demolished. The fate of the structure won't be officially decided until the commission meets again in December, but the news has many people wondering what the future holds for other aging buildings.