Amazon Go is Reinventing the Way We Shop 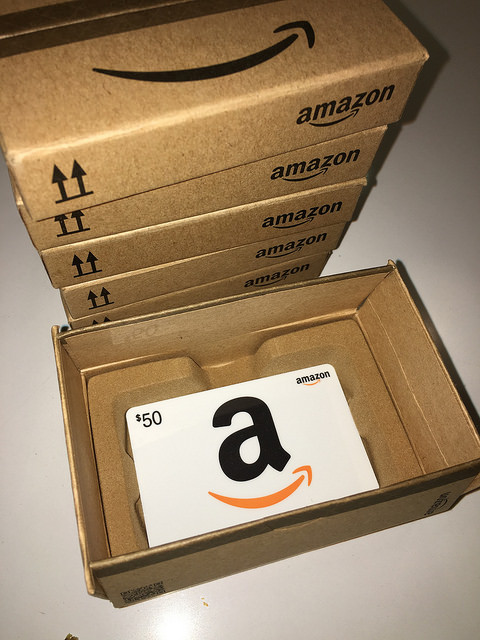 Amazon Go aims to revolutionize how people shop for groceries, toiletries and other items. However, there's a race happening to see which retailer can implement this kind of store first. Amazon has to hurry if it wants to create brick-and-mortar stores to compete against tried-and-true shopping methods.

What Is Amazon Go?

Amazon Go involves physical stores where someone walks into the place, puts things in a shopping cart or bag, and simply walks out the door with the items. There's no waiting in line to check out things, nor is there even a self-checkout line popular in Wal-Mart stores. The idea is that in-store technology scans the items as you pull them off shelves through radio frequency ID tag technology. Your smartphone connects to wireless hubs in the store to use an app that automatically makes a payment for you with credit or debit card information you already stored on the app. Of course, you could also use an Amazon gift card for that.

The retail industry has two major players competing for dollars. Wal-Mart is, by far, the largest brick-and-mortar retailer that uses high-volume wholesale purchases to keep prices low on the retail end. Meanwhile, Amazon was responsible for half of all online retail growth in 2016. Amazon wants to be more like Wal-Mart, and Wal-Mart wants to be more like Amazon.

To that end, Amazon wants to offer low-priced goods in physical stores. Meanwhile, Wal-Mart implemented free two-day shipping to people's homes on more than 2 million popular items, with no membership required, at the end of January 2017. That's because Amazon Prime offers free two-day shipping if customers sign up for the service at $99 per year, as of April 2017.

Working Out the Problems

Both Amazon Go as physical stores and Wal-Mart's online selling have problems they need to solve before moving into the competition's turf. Retail store apps that offer a "grab and go" option don't work nearly as efficiently as Amazon's online pay system. For example, a Sam's Club app had problems recognizing purchases when people tried to walk out the door using the app. Meanwhile, convenience store Racetrack makes customers authorize purchases on touch screens rather than going through a smartphone app.

Amazon Go must perfect its app and in-store technology before a massive rollout to consumers. If Jeff Bezos' use of instant metrics is any indication, once the CEO gets a few small brick-and-mortar stores going, Amazon's growth needs to happen swiftly before Wal-Mart's two-day shipping policy becomes its crown jewel. Building or renovating enough stores to compete with Wal-Mart will take years to happen. However, Amazon's customer data experience is second-to-none, and people love the convenience of shopping with the online retail giant.

Amazon Go can revolutionize the retail industry, but it has to hurry to beat Wal-Mart's move towards better customer service. Either way, consumers win and retailers lower prices to compete for more and more market share.

Photo courtesy of jencu at Flickr.com

When Did Shopping Montages Die? When Shopping Did
news via Refinery29
Top 10 Freelance Opportunities Overseas: Earn In Dollars, Live Anyw...
news via Travel - The...