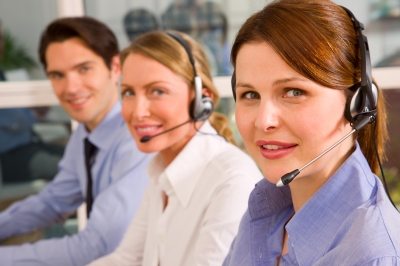 If speed and convenience are the most important factors of customer service, plans for online retailer Amazon to deploy package-delivery drones should inspire brand loyalty across the globe. Yet even in the wake of an innovative new tech support service known as Amazon Mayday, the company's announcement was met with overwhelming skepticism. While most consumers enjoy the flexibility of making online purchases, providing your clients with remote customer service also means respecting their privacy.

Resolving problems faster than the competition is one surefire way to attract new clients, but make sure your customer service tactics aren't too invasive. Amazon applied this strategy by releasing the Kindle Fire HDX with the Amazon Mayday button, a built-in feature that instantly connects you to a live video chat with a tech support specialist. Amazon Mayday is smartly planned to solve hiccups quickly without compromising your personal security. The 24-hour service is free, and the tech specialist can remotely operate your screen or identify the exact menus to navigate. More importantly, you retain the power to pause the support session to prevent the specialist from seeing any private data, such as passwords and account numbers.

While Amazon Mayday offers unobtrusive design, the concept of an Amazon drone can be off-putting because the technology is strongly associated with aggressive combat and military surveillance. In a "60 Minutes" interview, Amazon CEO Jeff Bezos discussed a near future in which unmanned drones whisk packages to your home within thirty minutes of the order placement. Nicknamed octocopters, Amazon Prime Air drones would tote protective containers with a five-pound weight capacity and rely on GPS tracking to pinpoint your location. Current concerns range from theft prevention to invasion of privacy, especially if the Amazon drone can record every event that occurs on its route.

Drones have long been a reality and not just a half-baked figment of science fiction. In the US, limited drone permits are granted in industries such as law enforcement. Advocates for the technology also hope to expand to other civic projects, including emergency rescue services and medical-supply transport. The greatest deterrents are state bans on drones, which could automatically make you ineligible for Amazon Prime Air. The Federal Aviation Administration is working on legislation to allow unmanned aerial vehicles in states without bans, but the changes aren't likely to take effect before 2015.

In the meantime, Bezos is counting on the growing demand for fast service to make the drone program as successful as Amazon Mayday. Mary Cummings, a drone researcher and aeronautics professor, predicts the devices will face obstacles from sharpshooters to limited battery life and weather conditions, despite an intended travel distance of no more than ten miles. Legalizing private and commercial drones represents a big step in customer service, but the disparate reactions to Amazon Mayday and Amazon Prime Air suggest you can continue to build loyal customer relationships without the flashiest technology. One-on-one assistance and lasting fixes show customers you're listening without raising fears of being watched a bit too closely.