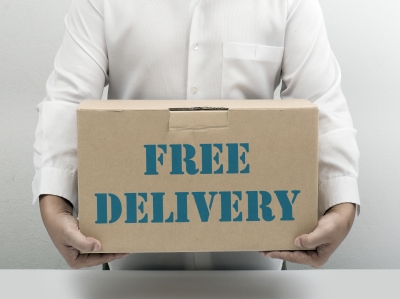 A recent report by Internet Retailer indicates competitive online marketplaces are falling behind the Amazon sales growth model. The Fulfillment by Amazon program accounted for 41.7 percent of the company's gross sales in October 2014, up from 38.2 percent a year before. For the entire year, Fulfillment by Amazon sales grew 9.2 percent as a percentage of the gross sales volume.

This means more individual sellers, not Amazon's massive warehouses, turn to the retailer's online marketplaces to sell goods. The percentage of gross retail sales originating from online retailers' websites, and delivered through Amazon's system, increased 1.4 percent in October as compared to an increase of 1.2 percent a year ago.

By comparison, eBay's same-store growth increased 4.4 percent in October 2014. That figure is down from 8.9 percent growth during the previous month. Fixed-price sales grew 2.6 percent in October as compared to October 2013, which is down from 7.6 percent for September's year-over-year growth pattern. eBay's Defect Rate program, introduced in August, penalizes sellers with high return rates, a facet that led to decreased sales as companies reduce inventories. This program hurt the sales of used electronics.

What does this mean? Amazon, despite a $75-per-share drop in stock prices from January to November 2014, is still the number one online retailer in the world. Look for Amazon sales figures and figures from its Fulfillment by Amazon program to rise during the upcoming winter holiday shopping season. Other online retailers, such as eBay are simply too small, too outdated or too cumbersome to keep up with Amazon's juggernaut. Amazon is poised to clobber the online competition for Cyber Monday sales.

Shipping companies have already hired more help this holiday season than they did last year when Amazon Prime ran amok and caused shipping nightmares due to an overload of package deliveries. Holiday spending looks to be up, and lower gas prices may fuel more profits for shipping companies that use Amazon's services.

Jeff Bezos took risks with services such as Amazon Prime, Amazon live streaming and his new Prime Air program to deliver packages the same day. Recently, the retail juggernaut announced it was hiring drone pilots. The Amazon sales model took risks, and it has clearly delivered. Amazon Prime was so popular, the price increased from $79 to $99 in March. Despite the price increase, customers spend up to three times more money with a Prime membership than without.

Fulfillment by Amazon proves to be an industry leader with online retailers who cannot afford to build their own warehouses or for business that want to expand their sales. Amazon takes a percentage of the sales with the program, but a more efficient shipping process makes the service a valuable tool for smaller companies.

Amazon sales growth increases at just the right time. The economy has improved, Americans have more spending money and winter holiday shopping is here. If Amazon can maintain this type of growth pattern into the first quarter of 2015, other companies may never be able to compete.