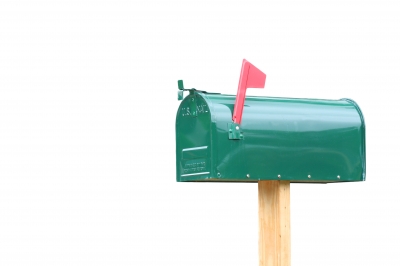 Mail carriers have traditionally been able to count on having Sundays off, but a new deal between Amazon and the United States Postal Service (USPS) could change that. The online shopping giant is now offering Sunday delivery service, a move that could spark a new trend in the retail industry.

Announced in early November, the agreement between the two companies involves mail carriers delivering packages that arrive from Amazon Saturday night or Sunday morning to customers Sunday. Although the online shopping company has already invested millions of dollars building fulfillment centers and warehouses around the country to facilitate faster delivery and better customer service, the deal with the USPS provides the company with something it can't get through other means: access. The USPS is the only agency—public or private—capable of delivering to every American home, no matter how rural it may be.

The arrangement with the online shopping juggernaut also greatly benefits the USPS. The agency has consistently lost money each year for the past decade due to the sharp decline in first-class mail volume, increased competition from private companies like FedEx and UPS, and changes in the laws that govern it. As of November 2013, those losses were estimated to be $6 billion for the year. In 2012, the amount was $15.9 billion.

To staunch the bleeding, the government agency announced earlier this year that it would cease Saturday mail delivery at some point in the future and had previously begun consolidating and closing mail processing centers. The new Sunday package delivery plan with Amazon will bring a much-needed infusion of cash to the agency's coffers. The exact amount, though, has not been disclosed.

The real benefit to the USPS, though, is the possibility of making similar deals with other online retail companies. Although Amazon is the first company to offer this service—thus capitalizing on the exclusive nature of the deal—it's a sure bet that other online shopping companies will follow suit. Package delivery is a lucrative business, and increasing revenue in this area may save the agency from insolvency.

At the moment, the service is only available to Amazon Prime online shopping members who pay $79 per year for additional benefits such as free two-day shipping on all their purchases. Additionally, the program has only been launched in select areas such as the New York and Los Angeles metro areas. There are plans to extend the Sunday service to customers in New Orleans, Houston, Phoenix, Dallas, and other cities in the coming year.

The move comes just in time for the holiday season and is sure to bring the company some measure of increased business, particularly among folks who like to do their shopping at the last minute. The long-term profitability of the maneuver, however, remains to be seen. If it is successful, it will be one more thing brick-and-mortar retailers will have to worry about.