Amazon in Allentown: Are The Employees Being Mistreated? 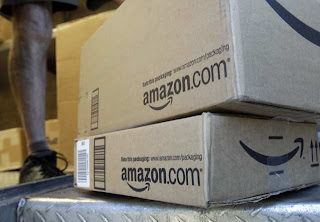 Amazon is getting a bad reputation for abusing their Allentown warehouse staff.

Let me start by saying that I am a huge fan of Amazon. I love their selection, their price and especially their outstanding customer experience. Any time that I have ever ordered something from them, they have gone above and beyond to give me incredibly short delivery times. However, it seems that those short delivery times come with a pretty steep price.

According to The New York Times, the workers that run Amazon's Allentown warehouse are having to contend with long working hours and are being forced to suffer through 110 degree heat. Despite the harsh working conditions, the majority of workers are just grateful to have a job. During the recent heat waves, Emergency Room staff saw so many Amazon employees coming in with heat related issues, they decided to call OSHA to report unsafe working conditions.

A reporter with The Morning Call has been all over this case, and I can't say that I blame them. They interviewed over 20 current or recent employees and asked them about their experiences working with Amazon. Surprisingly, only one person said that Amazon was a good place to work. The others talked about the unbearable heat, forced overtime and the difficulty of turning their temporary jobs into permanent ones.

Most of the workers at the warehouse were hired on by a temporary staffing agency, and in order to become a permanent employee, they have to excel at the job. This forces the employees to work at an unsustainable pace. To add more pressure, workers who couldn't keep up would be reprimanded for not meeting their production goals and would then be escorted out of the building. This, as you can imagine, made many employees work harder despite the heat, trying to keep up so that the same thing doesn't happen to them.

During the hottest part of the summer, Amazon arranged to have ambulances outside, just in case their workers overheated. Although the paramedics were there to help, the employees who couldn't cool off and recover quickly were sent to the hospital, and new employees were waiting to take their place.

I had expected so much better from Amazon. Even during the recession, their business has been growing and they are still hiring. The problem is, by using temporary labor, a company can push their workers even harder, using the carrot of permanent work to drive them on. Those who can't keep up get replaced easily, thanks to the large pool of workers desperate for a job. Because the labor pool is always changing, the workers don't get the chance to bond together and demand better working conditions.

As the summer comes to a close, I just hope that the people responsible for making Amazon a success don't have to suffer from the harsh heat. I have always preferred to buy products from Amazon because they are a company that actually hires Americans and doesn't rely on third world sweatshop labor. I didn't realize that their business model was to move the sweatshops here.

Come on Amazon. I believe in you. You can do so much better than this.
By Melissa Kennedy- Melissa is a 9 year blog veteran and a freelance writer for LogisticsJobsiteBlog and Nexxt, along with helping others find the job of their dreams, she enjoys computer geekery, raising a teenager, supporting her local library, writing about herself in the third person and working on her next novel.

Is Amazon Turning Into A Tech Company?
article posted by Staff Editor