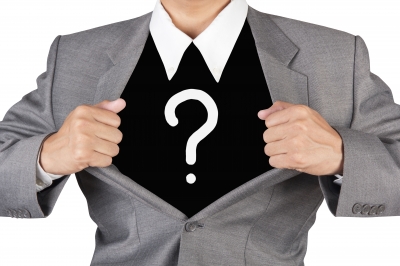 A sure sign you failed to impress your hiring manager during an interview is when the person in front of you interrupts your speaking to move on to the next question. Even though you rehearsed answering questions, you went on for too long. Rather than get caught in a trap of rambling for several minutes about a topic, examine a four-point framework for every question you face.

Hiring managers see a few basic problems from candidates answering questions in the wrong way. According to Scot Herrick of Cube Rules, he sits in on interviews where few interviewees even answer the question. Most of the time, the candidate simply prattles on and on about anything that doesn't answer the question at hand. Somewhere in there, the interviewee asks to clarify the question but still doesn't get the job done. Instead of turning into this kind of candidate, try a different approach.

If you're unsure of the question, ask for clarification. You may ask for the scope, approach or results of the query, or whatever you feel is necessary to ensure you and the hiring manager are on the same page. Otherwise, dive headfirst into a well-reasoned response.

Give your interviewer context when answering questions. This should last no more than 30 seconds. It sets up the situation because you explain the background of your story. For example, start with "I was working on Project X for Acme Brick in May 2016 when we ran across an alarming issue in our sales metrics." This statement succinctly sets up the scenario.

Next, cover your role in how you solved the problem. Yes, it was a team effort to turn around the sales metrics, but specify how your actions saved the day. "It was my job to uncover what went wrong. After 30 minutes of going over the numbers, I realized that John in accounts receivable added one too many zeroes to a figure. After correcting the number, we had to start over with a baseline." Answering questions in a logical, chronological order helps give your hiring manager a clearer picture of what happened.

Notice how you covered a particular problem using your due diligence. You also discovered the difficulty in just 30 minutes. After you explain what you did to solve the problem, tell your future boss the conclusion to the story. "Once we had the new numbers in place, the sales team went back to current customers and got as many as possible to re-up for another month. That additional revenue made up for the mistake from accounts receivable." When answering questions with a story, never leave your interviewer wondering what happened next. Every story you talk about should have a happy ending for you.

The end result of this four-point framework for answering questions is that you have a conversation with the hiring manager. You still need to rehearse your responses, but you'll sound like someone who has something genuine to say rather than someone who has answers memorized word for word.

We talked to an economist who predicted the Great Recession about t...
news from Markets

The White House is said to be vetting Judy Shelton for a seat on th...
news from Markets