Anti-Trump Movement for Many Retailers 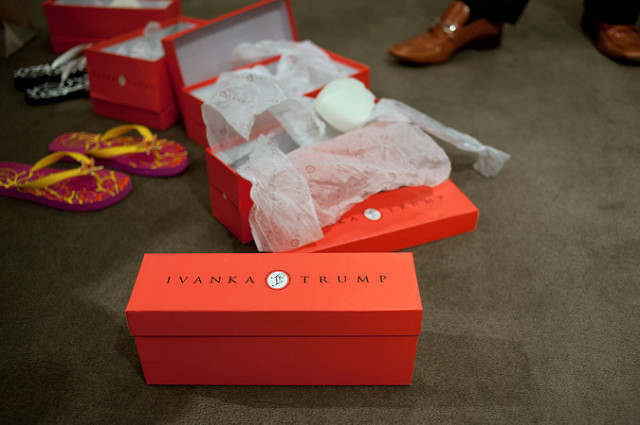 Ever since President Donald Trump earned enough votes to become the 45th president of the United States, national retailers became a focal point for the anti-Trump movement. That's because many of Trump's and his family's brands and businesses have ties with retail sales outlets. People who dislike the president want to try to get back at him financially by boycotting his interests.

The anti-Trump movement of boycotting the sales of his and his family's items started with the #GrabYourWallet hashtag in October 2016. Digital strategist Shannon Coulter developed a spreadsheet using the Twitter hashtag as a way to compile names of national retailers that sell Trump's brand, products or services. The list includes companies that endorsed Trump during the election even if he doesn't sell his items with them.

For example, Coulter included Yuengling Beer on the list because its founder endorsed Trump. The Honest Company advertised heavily during Trump's run on the NBC show "Celebrity Apprentice." There's also the obvious choices of Trump Hotels, and the golf courses and brands that say Trump Organization. While the list is not necessarily comprehensive, as of mid-February 2017, the spreadsheet includes some major retailers in the anti-Trump movement.

Amazon.com sells copies of Trump's bestselling book, "The Art of the Deal." The e-commerce giant also carries Ivanka Trump's shoe line, plus a bevy of other Trump-named merchandise. The irony here is that supporters of the president actually have something in common with the anti-Trump movement in terms of dislike for a retailer because Amazon CEO Jeff Bezos said he wants to send the New York real estate tycoon to outer space as a way to get Trump out of American democracy.

There are two basic principles at work here. One is that retailers must determine if the Trump name hurts or helps their sales. The second revolves around raw sales numbers. If people do not buy Trump's merchandise, retailers may remove the items from store shelves willingly.

As of February 2017, the results of the anti-Trump movement among retailers have yet to play out on the national stage. The polarizing political figure's brand may suffer during his presidency, or it may get a boost from the near-constant attention he receives as the highest elected official in America.

Photo courtesy of pamelaspunch at Flickr.com

The Troubling History Of The Patches On This Zara Skirt
news via Refinery29
‘They feel invincible’: how California’s coronavirus plan went wrong
news via Yahoo News - Latest...
Jacob Blake, Breonna Taylor, and the arbitrariness of the police-sh...
blog post from Columbia Journalism...