Antibiotics and the Fear of the Superbug 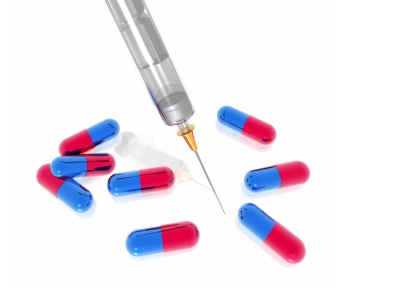 Critics have often referred to society as a drug culture, one where there is a pill to cure nearly everything that ails you. People have become so used to getting pills such as antibiotics for treatment, even when they are unnecessary, that antibiotic resistance has now become a real threat. Unless this antibiotic resistance is curbed soon, even basic infections could soon become untreatable.

Antibiotic resistance occurs when bacteria that can usually be treated with antibiotics mutate to become resistant to the drug. This can happen even with very common infections like strep throat or a urinary tract infection, which could become hard or even impossible to treat with available drugs. Bacteria that are resistant to drugs are referred to as superbugs, because healthcare professionals don’t know how to treat them, and they can be deadly. There is so much concern in the healthcare community over antibiotic resistance that the Centers for Disease Control (CDC) issued a warning about a drug-resistant superbug called carbapenem-resistant Enterobacteriaceae, also known as CRE. The warning was a wake-up call that suggested that CRE, if left unchecked, could spread and kill up to half of all patients it infects. So far, 4 percent of hospitals and 18 percent of long-term care facilities have had a CRE infection, but that number will undoubtedly climb as the superbug spreads.

There are several causes of the antibiotic resistance problem, not the least of which is the rate at which doctors are prescribing antibiotics. In the United States alone, doctors gave out over 250 million antibiotic prescriptions last year. They routinely give them out for ailments like head colds, which are caused by a viral infection for which antibiotics are completely ineffective. Another problem is the overuse of antibiotics in livestock such as chicken and cows; the antibiotics can be transferred to consumers when they purchase and consume poultry and meat.

Some steps are being taken to help curb antibiotic resistance and try to stave off superbugs. The FDA recently announced that it is issuing new guidelines regarding the use of tetracycline and penicillin, two common antibiotics that are at risk for resistance. As consumers become more educated, some are declining antibiotic prescriptions for viral infections and avoiding livestock products treated with antibiotics. Several meat suppliers have vowed to stop or phase out the use of the drugs in their farming practices, which is good news for meat consumers.

Awareness of superbugs and their potential deadliness is finally beginning to spread to the mainstream, especially after the CDC issued its warning. However, there is still a lot to be done before superbugs and antibiotic resistance are no longer a threat. With proper education, the cessation of prescriptions for non-bacterial conditions, and reduced antibiotic exposure through livestock, there is a chance that a superbug crisis can be averted.