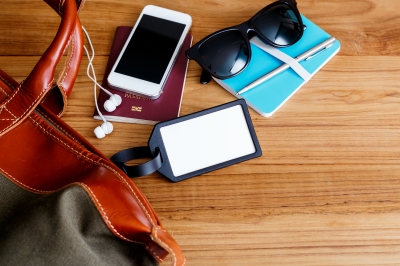 With cybersecurity and data breaches making news virtually every month, there's one thing that app developers, IT departments and tech firms should keep in mind. Cyber criminals increasingly target mobile apps to find breaches. That's where app wrapping comes into play, and it can save your business a lot of headache if you implement this type of coding.

What Is App Wrapping?

Think of app wrapping as a holiday gift. Wrapping the outside of the package does not change the awesome gift that's inside the box. Similarly, wrapping an app does not change the functionality and practicality of the app. Coders and developers can embed other coding within the app that makes it more secure in several ways. Think of APIs that talk to cloud databases, authentication requirements for an app or what types of file sharing you want to allow. The overall effect is that developers get to add more security to the app.

Third-party vendors who did not create the app usually take advantage of a software development kit from the app creator and an API that allows the vendor to embed the extra coding. Vendors expose the coding to the extra layer of protection. Sometimes, it may take a few iterations of the wrap for it to work properly. That means app wrapping can be time-consuming. The added security happens in the development process or after the fact.

Wrapping is common enough that mid-sized businesses can afford this extra security. According to 500 mid-sized to large business polled by research firm IDC, about 44 percent of these companies have some kind of enterprise mobility management (EMM) software. Of those, nearly 60 percent use some kind of wrapping technology. Because this type of security is so widespread, many vendors can deploy this technology efficiently and effectively.

The key to bringing costs down for smaller companies lies in standardization of the process. A consortium of independent vendors, called AppConfig Community, aims to make security less complicated for developers. That allows for more rapid deployment for enterprise-sized firms. The group also wants to develop best practices for vendors moving forward.

One difficulty to this process is any programming from iOS and Android that includes its own native security. Although that might make wrapping more complicated as it may not work with EMM software, accessing the core app with a development kit is still one of the best ways to go for making custom security protocols.

App wrapping comes in handy when you consider possible security breaches due to employee issues. What happens if one of your top employees quits and does not turn in his company-supplied mobile device? An API for your app can disable it to prevent any sensitive data leaks. You can also employ security measures on an app downloaded to the employee's personal smartphone.

App wrapping is becoming a normal strategy for developers. Mid-sized and small businesses can have additional protection against data breaches with this technology once it comes down in price and it is more commonplace for mobile apps.