Apple Manufacturing and the Job Market 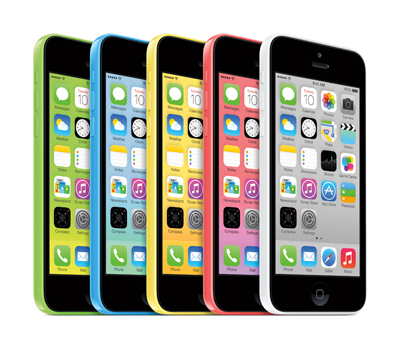 The job market has been in the tank for years now. And from what I have read and heard in the past, the various plans the White House has put into effect in the past have really only created lower-paying jobs in the market, and have not replaced the career-type positions that were lost. According to an article in June by Daniel Greenfield at Front Page Mag:

And what kind of jobs are being created? As economist Dean Baker of the Center for Economic and Policy Research points out, job growth was again narrowly concentrated, with the restaurant sector (38,100 jobs), retail trade (27,700) and temporary employment (25,600) accounting for more than half of the job growth in May. Baker: “These are all low-paying sectors. It is worth noting that the job growth reported in these sectors is more an indication of the weakness of the labor market than the type of jobs being generated by the economy. The economy always creates bad jobs, but in a strong labor market workers don’t take them.”

Forbes writer Tim Worstall made similar comments regarding Apple and low paying jobs in the U.S. In his recent article discussing Apple’s use of the Taiwan-based company Pegatron to assemble the iPhone 5c, he states:

It’s very high volume and very low margin business this. Which, of course, is why it matters not a whit that it isn’t being done in the US. Sure, we’d all like everyone in the US who wants a job to have one and we’d prefer that those were highly paid jobs rather than lowly. But this sort of electronics assembly is simply low paid work: and we’re not going to make America any richer by bringing in hundreds of thousands of low paid jobs at all. It’s also why Apple doesn’t do this work itself, concentrating instead on the design and retail work which does make all of the profits.

Of course, no actual salary figures are discussed, so I am not sure if by low-paying he means “sweat-shop” type incomes of pennies a day, or something more commensurate with the U.S. minimum, so I can’t make too strong of a judgment call on his comment. But considering the types of jobs being created in the U.S. currently are just “low paying McJobs” as Greenfield puts it, then anything minimum wage or better would be a boost for many in America.

Sure, “we’d prefer that those were highly paid jobs“ that could restore the careers lost by the current job situation, but desperate times mean desperate measures, and I am sure there are those people who have stepped into a McJob, who would surely like a step up into one of the “hundreds of thousands” of these technology related manufacturing positions instead of flipping burgers.

In better news, Forbes did report recently of Apples plans to create thousands of jobs in a new solar-powered plant in Mesa, Arizona, as well as a new AppleCare repair facility in Pennsylvania. The new Arizona plant “will create more than 2,000 jobs in engineering, manufacturing and construction,” according to the recent article. Last December they had also announced that they were investing $100 million into bringing back its manufacturing to the U.S., and that plan started with them bringing the assembly of the Mac Pro to their Texas facility. The article goes on to state that adding this Arizona plant is “a necessary step to reinvigorate the component supply-chain in the U.S., which today is entirely Asia-based, led by companies like Foxconn or Pegatron.” Hooray for Apple – that is good news.

My thoughts are, while they’re at it, go ahead and bring over the “hundreds of thousands” of jobs with it that may offer a potential stepping stone for people to cross-train and be able to work for Apple in other capacities later on.

Image courtesy of Apple at Apple.com

Fishing for chips: Making the case for a homegrown Canadian semicon...
news via Financial Post - Top...