Apple News and What It Means for Tech 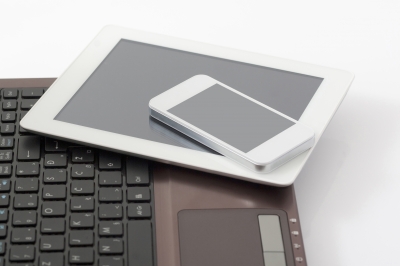 In the past few weeks, Apple news has been making the rounds. After acquiring Beats Electronics in May, Apple revealed the latest iOS 8 software at the annual Worldwide Developers Conference. In a surprising move, Apple also announced plans to split the company's stock only days later.

The iOS 8 update has the potential to revolutionize mobile design, at least in terms of iOS apps. One of the biggest changes to iOS software is the fact that Apple is, for the first time, allowing app extensions. The new app extensions will act somewhat like Android Intent Filters that allow apps to work together and understand the capabilities of other apps. However, the difference with Apple's extensions is that the layer of security that exists to keep users' information private will remain the same, despite the new communication capability between third-party apps. App extensions ultimately mean future iOS apps will be built to work in conjunction with other apps, making mobile technology more efficient.

In other Apple news, the company recently performed a 7-to-1 stock split. This appears to be a move to renew investor interest in the company and maybe even get Apple included in the Dow Jones Industrial Average. The stock split would also be a good move if Apple is considering buying more technology. Apple's recent acquisition of Beats Electronics (for $3 billion!) indicates Apple is interested in expanding beyond mobile technology. If Apple continues to expand into other realms of technology, the possibilities for improvements to technology are endless.

The latest Apple news affects more than just investors, Apple product users and app developers. In addition to extensions, the latest iOS update is full of practical tools that are essential for business professionals. Aside from the latest software update, Apple unveiled a version of Word for the iPad just last month, signaling Apple is making a move toward catering its products to the workplace. One notable missing element from the latest software is features that increase security, which remains one of the barriers preventing mobile devices from completely taking over the workplace.

In terms of technology, the latest Apple news is an indication that mobile device use will only continue to increase in coming years. Since many of the updates to iOS software are geared at making mobile devices more user-friendly and intuitive, apps will most likely continue to become more functional and efficient than a traditional Web browser.

The features of the new iOS 8 software have the potential to revolutionize mobile design and make apps more efficient. The latest Apple news also indicates that Apple technology is moving in the direction of bridging the gap between mobile devices and the workplace. Perhaps the most exciting aspect of the latest Apple news is that Apple appears to be branching out in terms of technology.

(Photo courtesy of Goldy at FreeDigitalPhotos.net)

Fishing for chips: Making the case for a homegrown Canadian semicon...
news via Financial Post - Top...
Half of Americans are 'green' consumers, and 18 million watched the...
news via Latest News - Ad Age

Apple AirTags are refreshingly practical
news from The Week - Business