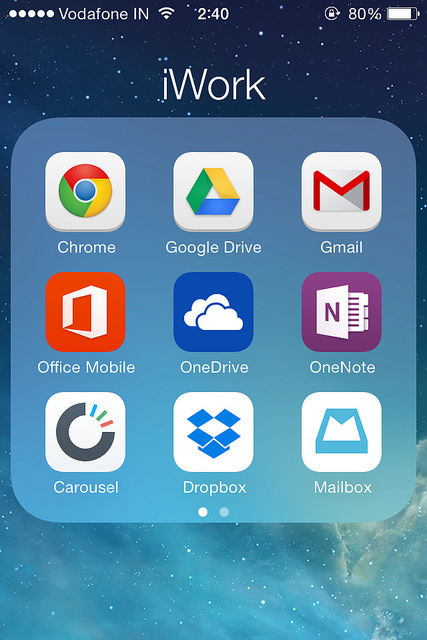 A recent public showdown between Eric Schmidt of Google and Tim Cook of Apple has brought the Apple vs. Google rivalry into the spotlight once again. This time, the debate centers on consumer privacy concerns, with Apple claiming to have more respect for their users' privacy than Google does.

Apple CEO Tim Cook made the comment that sparked the latest Apple vs. Google argument in September 2014. In a clear criticism of Google, the Apple CEO said, "We don't build a profile based on your email content or web browsing habits to sell to advertisers." He explained that Apple does not monetize information stored by users or scan their emails to deliver targeted advertising to them.

This statement reveals Apple's latest strategy for boosting the brand's reputation. Building on recent public concerns about privacy, Apple clearly wants to show the advantages of its business model, compared to that of Google. Whereas Google gives away its products for free and makes money from advertising, Apple uses a more traditional business model, selling products to customers for either an upfront price or a subscription.

Not everyone is convinced by Google's attempts to sweep aside privacy concerns. Writing in the Huffington Post about the Apple vs. Google debate, privacy advocate Mark Weinstein argued that Schmidt's angry response to Cook's accusations proves that privacy is a sore point for Google. He is part of a growing group of consumers that is starting to doubt Google's "Don't be evil" slogan.

The Apple vs. Google rivalry has been heating up since 2012 when Google released a group of key Google apps for iPhone. The search giant's aim was to lure iPhone owners away from using the pre-installed Apple apps and convince them to use Google apps instead. Google Search for iPhone competes with Apple's Siri, while Chrome offers an alternative to Safari as the best mobile browser for iPhones. When Google Maps for iPhone was released, 10 million Apple users downloaded the app in just 48 hours, glad to have an alternative to the frustrating Apple Maps app. In a move that is likely to cause the Apple vs. Google rivalry to rage on for years to come, Apple responded to this onslaught by replacing Google with Bing as the default search engine for Siri.

Although Google has succeeded in persuading many iPhone users to use its apps, public concerns about user privacy could swing the Apple vs. Google war in Apple's favor. This is a battle between very different business models, and it is not yet clear which model will prevail.

COVID-weary Canada should brace for 'worst wave of them all' in April
news via Financial Post - Top...