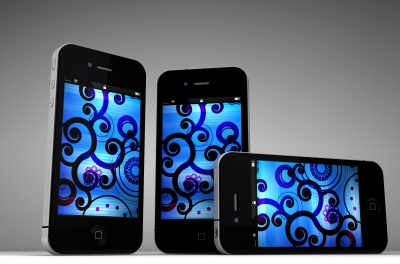 Many Apple commercials are much like Apple products: stylish and innovative. One of the most successful Apple advertising campaigns featured two actors, with one portraying the stodgy personal computer and the other playing the hip Macintosh computer. This campaign consisted of sixty-six Apple commercials that ran from 2006 to 2009. After Steve Jobs passed away, the company decided to create new commercials that would focus on Apple as a corporation instead of focusing on individual Apple products. Consumers do not seem to be enjoying these ads as much as they enjoyed earlier Apple commercials, leading industry insiders to question Apple's new brand strategy.

Part of Apple's revised brand strategy is to capitalize on the effects of producing some of its products in the United States. Some consumers prefer to buy products made in America, so producing goods here instead of outsourcing production activities is a good way to improve a company's reputation. One of the Apple commercials released in June introduces a new initiative called "Designed by Apple in California." Instead of focusing on the features of a particular product, this commercial focuses on how Apple products enhance users' lives. The ad features shots of couples using their iPhones to take pictures and people dancing to music coming from the speakers of a MacBook Pro.

Another recent commercial focuses on the way Apple products make people feel. The commercial features a 60-second montage of people using their Apple products on the subway, at home, at school, and at work. The voiceover talks about Apple's signature of spending a lot of time developing great products that enhance people's lives. The "Designed by Apple in California" tagline appears on the screen at the end of the commercial. Tim Nudd of "Adweek" was critical of the commercial, calling the copy disjointed and saying that the new tagline is out of place in a commercial about a global company. Previous Apple commercials did not use the word product like this one does, so this advertising tactic seems out of character for a company that usually emphasizes the fun side of technology.

Brian Steinberg of "Variety" says the new ad campaign is a nod to Apple's roots, but consumers are not so sure about these Apple commercials. Ace Metrix analyzes commercials and determines how effective they are by surveying a minimum of 500 viewers. Apple's most recent ad received a score of 489, which is well below Apple's usual scores. Some past Apple commercials received scores above 700, so this is troubling news for the tech company. The average score for commercials in the tech industry is 542.

Apple strategists are clearly trying to appeal to a new base of consumers and shift away from a product focus in company advertising campaigns. It is too early to tell how much of an effect this strategy will have on sales, but early reports indicate both industry insiders and consumers are not thrilled with these new Apple commercials. Apple's advertising professionals may have to go back to the drawing board to develop commercials that resonate with people in the company's target market.