Are Auto Sales Numbers Back? 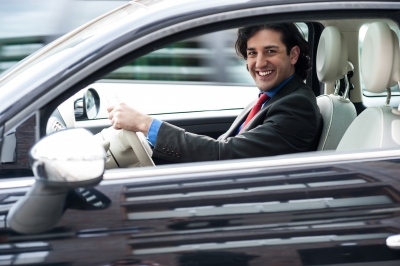 At the end of 2013 and the beginning of 2014, auto sales in the United States were sluggish. In April, however, the numbers began to pick up, indicating that the automotive industry might be as well. Although the increases were not enough to guarantee an industry comeback, they are a positive sign for automotive professionals around the country that sales numbers might be on the rise.

At the beginning of 2014, extreme cold weather around the United States was blamed for poor auto sales, along with lower fleet shipments. Sales in January fell 3 percent from the previous month. In February, sales rose slightly, but not yet significantly enough to bring hope to professionals in the automotive industry.

Fortunately, the industry began an upswing in March. Auto sales rose 5.7 percent in March, creating a larger than expected increase. In fact, in a Thomson Reuters poll of industry analysts, the average expected increase was just 2 percent. The accelerated growth was attributed to improving weather and higher temperatures as winter came to a close, meaning customers no longer had to avoid the cold to visit a showroom. At the end of March, the annualized selling rate for March was 16.4 million vehicles.

The growth in auto sales continued in April, with an increase of 8 percent. Automotive sales rose above the 16-million mark for the second month in a row. Sales of passenger cars and light trucks were higher than last year at the same time, indicating that consumers have more disposable income. Industry experts have also postulated that the sudden increase in sales was due in part to car purchases that were delayed by extreme cold weather in much of the country. In addition, automakers offered more financial incentives in April, encouraging consumers to open their wallets despite the fact that car prices across the board are more expensive than they were a year ago.

The upward trend in auto sales is expected to continue into the summer and fall, particularly as economic factors improve around the country. As the U.S. economy continues to grow stronger, industry experts predict that consumers will start to make car purchases that were delayed by poor financial conditions in the past several years. Concurrently, banks are loosening their financing restrictions, making it easier to get a car loan. Other factors that will positively impact the auto industry include lower gas prices, lower interest rates and lower unemployment. Currently, most factors seem to indicate that car sales are back on the road to their former strength. The only significant concern is purchase prices, which continue to rise.

Although the future of the U.S. auto industry is not set in stone, the outlook is positive. Assuming that auto sales continue the upward growth trend that was established in March and April, the rest of the year promises to be a more lucrative one for American automakers than years prior.