Are College Grads Unprepared For the Job Market? 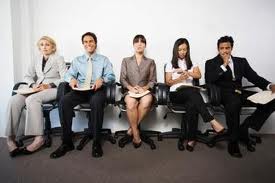 Are college grads unprepared for the job market? According to a report by NPR, it would seem so. They recently covered a study conducted by York College in Pennsylvania that shows many graduates who are unprepared to tackle the job market.
Because of the results of the study, the administration of York College decided to put in place a program designed to teach job skills as part of their liberal arts degree program. They have brought in executives from some of the area's largest employers to give presentations on job success skills in order to combat the problem. From the article:

"What we found was that there are a set of qualities, characteristics that these people would like to see in new college graduates," says David Polk, a York College professor. "Unfortunately, they tend to be lacking."

“Those qualities include the ability to communicate and listen respectfully, motivation to finish a task and attention to appearance. But Polk says researchers pointed to one area where recent graduates stand out: "There's a sense of entitlement that we've picked up on, where people think they're entitled to become, let's say, president of the company within the next two years; they're entitled to five weeks of vacation.'”

What are some of the skills that employers found lacking in these soon-to-be graduates? Here are a few tips they are passing along:


Being prepared for the workplace is an important skill, and one that many students may not be equipped for. The bright side is that you can set yourself apart from the pack of other recent graduates by preparing for your future career and understanding the finer points of professional behavior.

Are you ready to start your career? Check out CollegeJobBank.

By Melissa Kennedy- Melissa is a 9 year blog veteran and a freelance writer, along with helping others find the job of their dreams, she enjoys computer geekery, raising a teenager, supporting her local library, writing about herself in the third person and working on her next novel.