Are You Cleaning House Too Soon? 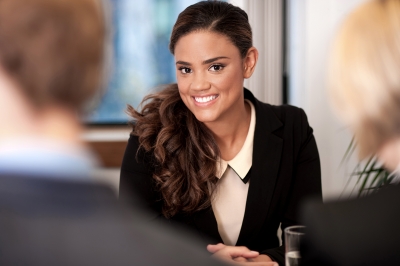 Maintaining files, paperwork and information on employees is one of the major functions of human resources. Companies should keep paperwork on potential hires as well, even though you may feel compelled to delete someone's application materials a few months after your initial contact with the person.

In the fall of 2015, a Coca-Cola bottler in Alabama was sued by by the Equal Employment Opportunity Commission based on two alleged violations of federal law. The complaint against the employer accused Coca-Cola of sex discrimination and record-keeping violations. The discrimination lawsuit stemmed from the fact that the company hired two men, both of whom were less qualified for the job, for warehouse positions over a potential hire named Martina Owes. It turns out Owes had all of the experience necessary to work in a warehouse, including forklift operation experience and previous work in a warehouse setting.

The second aspect of the lawsuit highlighted the importance of maintaining application materials in HR files. The EEOC claimed Coca-Cola failed to preserve all of the documents related to hiring the positions in question. When the EEOC failed to reconcile the complaint against the bottling company, it sued. The employer settled out of court in the spring of 2016 rather than fighting the allegations.

Coca-Cola settled for $35,000, but that's not the whole story. The company must conduct anti-discrimination training with its employees every three years, post a new hiring policy outlined in writing, and create a position specifically designed to comply with anti-discrimination laws and the settlement decree as approved by the court.

The lawsuit brings up one important point about application materials. If Coca-Cola had saved all of its documents, the EEOC might not have sued on its second point. When the EEOC complaint occurred, the agency would have requested all of the paperwork related to the case. When the company couldn't produce the documents, the EEOC sued in court. The lawsuit would have brought even more scrutiny to the process the employer uses for retaining the files of potential hires. If the case moved forward, the EEOC would need the application materials as part of evidence presented to the court.

This litigation only cost Coca-Cola $35,000 and some extra record-keeping work. One lawsuit in February 2014 in Los Angeles cost Staples a whopping $26 million after Bobby Nickel claimed he was harassed by managers who tried to force him to resign. Hollywood studios collectively paid $70 million to settle age discrimination claims made by experienced behind-the-scenes production workers. Coca-Cola's case could have been much worse had the plaintiff sued for damages beyond $35,000.

How Long to Save?

The law states employers must save any application materials for one year under provisions of the Age Discrimination in Employment Act. If you know the candidate is 40 or older, you might find it wise to save the file for at least two years. The law applies to reference lists, background checks and resumes.

HR should always err on the side of caution when it comes to retaining application materials. In a digital age, all it takes is some extra computer storage. As long as your department follows the law, you have nothing to worry about in terms of lawsuits.