Are You Cut Out to Work at Amazon? 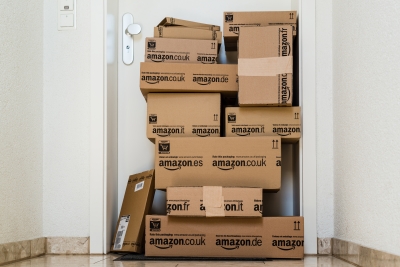 Since that article came out, several media outlets have responded to the piece. Fox Business conversed with leadership expert Marcus Buckingham, and he gave his take about the company culture at Amazon.

His first observation is that the juggernaut repels people who cannot work for Amazon simply because they do not fit into the high-stress, data-driven world of retail sales. Managers often create a combative atmosphere that the New York Times called "bruising" due to the fact that many people work for two years and then leave for greener pastures. However, this ideal works just fine for CEO Jeff Bezos, as this model weeds out weaker employees who do not fit his model.

However, every company has a specific brand and culture where people may not necessarily fit. Chick-Fil-A, for example, espouses strong family and Christian values at the workplace. That model created a very successful fast food chain that opens new locations every year. Yet, not everyone is cut out to work at Chick-Fil-A, much like not everyone can work for Amazon.

One major difficulty facing Amazon is that Bezos may not take into account human capital in his data-mining model of e-commerce. Bezos relies on very specific data sets to create marketing, technology, sales, and research and development decisions. Somehow, Bezos did not seem to take into account the 150,000 people that make his company possible in the fallout after the New York Times' revelation.

Instead of being fired, many people become managed out by taking an extended leave of absence, cashing in their stock options or simply going to another Silicon Valley firm. Until the New York Times piece, most news coming out of Amazon was generally positive due to high customer service standards, drone deliveries, robotic warehouses, live streaming and Amazon Prime. Add the possibility of Amazon storefronts into the mix, and the retailer may grow even further than it previously did. Even a small store, staffed by one or two people who work for Amazon, may have a huge impact on the customer service culture at the company that could improve the company's bottom line even more.

These great advances in the retail industry tell only part of the story. The other part should include the human capital. One key to helping the company's human resources image revolves around everyday heroes that work for Amazon. Bezos' business regimen is legendary, but who else works at the company for underlings to look up to? The CEO needs to surround himself with other business leaders who can help manage the workforce better and reassure everyone that Amazon remains a great place to work.

In the end, everyone chooses to work for Amazon. If the retail giant did something illegal, there would be massive class-action lawsuits to hold the company accountable for egregious hiring practices. Just because Amazon has a reputation for being a rough company to work for, that does not mean the company is a failure.

Getting Accepted: What ArtCenter is Looking for in Their GradID Ind...
news via Core77