Are You Suffering From Resume Obsession? 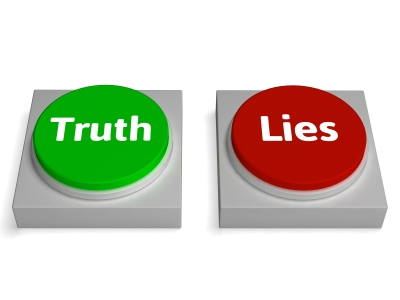 You want your resume to be top-notch to impress the hiring manager and land you the interview, and you may think it's harmless to slip in a few white lies to bolster your chances. Think again. While many job seekers lie on their resumes, it doesn't often go unnoticed. Avoid telling these lies on your resume.

Don't take credit for successes that aren't yours on your resume. Some candidates think it's okay to list achievements that belong to their boss or the organization as a whole. If you're thinking about claiming a colleague's sales record as your own, don't do it. The hiring manager can verify these details with a quick phone call.

Many job applicants feel like their current or previous job titles are too boring. Rather than being proud of your work as an office receptionist, you may feel compelled to list your title as Director of First Impressions on your resume. Don't do it. Use the job title recognized by the employer.

If you're interested in applying for a job that requires a particular degree or certification, make sure you can actually fulfill those requirements. You may be tempted to lie about your education by listing a degree you don't have or a university you didn't attend. Remember that most employers request documentation as part of the hiring process, so you're not likely to get away with this scam.

When listing your work history, there may be gaps in your employment. Don't doctor the dates to cover up periods of time when you were not working. List the dates accurately on your resume, and then prepare to be honest with the hiring manager if you're asked about the time periods.

Some hopeful job seekers go as far as to have a friend or family member pose as a fake reference to avoid a negative review from a past employer. Don't get tangled up in this web of lies. Savvy hiring managers get around this sham by calling the company directly rather than the number listed on your reference sheet.

When asked to list previous salaries on a job application, some job seekers list inaccurate amounts in an attempt to receive a higher job offer from the hiring agency. Potential employers can squash this fraud quickly by requesting a pay stub or tax return to verify your current salary.

It's only natural that you want to make the best first impression possible, but white lies are not the way to go. Whether through a reference check or a background search, the hiring manager is likely to uncover the truth. Don't risk your reputation and your shot at the job by telling lies on your resume.