Are Your Recruiting Methods Driving Millennials Away? 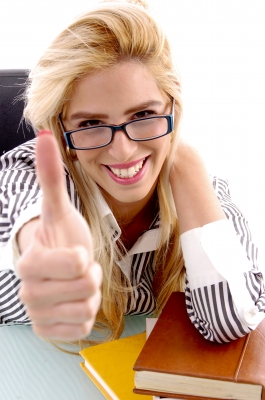 Outdated recruiting methods can cost you top talent, and therefore revenue and profits, in a highly competitive labor market. The Recruiter website examined the case of Unilever's old way of hiring candidates and how it was driving millennials away from its global workforce. The company had to innovate and improve when it realized its cumbersome hiring process was antiquated and out of date.

Unilever's HR department revamped its recruiting methods in 2015 after a careful look at what the company did in the past and what industry leaders considered to be cutting-edge recruiting techniques. The corporation found that it took four to six months to go through 250,000 applications to hire just 800 people. The company still used paper-based applications and manual assessments in some of its hiring process.

Unilever identified a few signs that a company's recruiting methods might be driving millennials away. One major sign is failing to recruit a diverse group of individuals, particularly younger workers, from around the world. Other signs include having HR department workers who cannot identify ideal candidates or determine which candidates are most likely to excel in particular positions, and failure to ensure a personalized and fast recruiting process.

Why This Must Change

Unilever then leveraged these signs into actionable steps that improved its hiring process. The global corporation expects to have 60 percent of its employees as part of the millennial generation by 2020. As a large, consumer-based company, Unilever had to change with the times. New technology meant rapid innovation and changes within its industry and a strong need for younger workers.

At the same time, Unilever needed technology to bring its recruiting methods into the 21st century while keeping a human touch on the process. Rather than recognizing that this new paradigm is nice to have, the firm understood that these improvements were necessary and can help them build a reputation as a global leader.

Unilever launched its new recruiting program within six months of coming to the conclusion that it needed something different. The team in charge of the changes knew that millennials want to interact with the company electronically, so it incorporated digital tools into the hiring process. Stakeholders brought together three vendors and many people on Unilever's team to make the updates. Getting ideas from company leaders all over world was also a major key to the company's success.

Unilever had one more step to accomplish after revamping its recruiting methods. The challenge then shifted towards retaining millennials by offering the perks and incentives they want. Companies must offer flexible schedules and should have values and a company culture that aligns with the goals of younger workers. Many millennials also want to make a difference in the world while earning a living.

Outdated recruiting methods can ruin a company's chances of finding top talent. Take a look at Unilever's case study and learn from its lessons, and consider following its new hiring practice of catering more to millennials.