Are the New Dietary Guidelines Flawed? 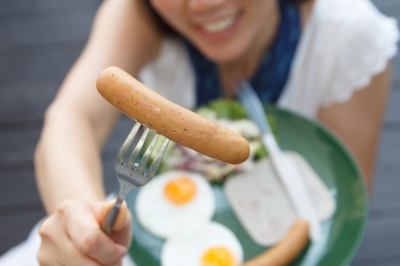 The U.S. dietary guidelines — which set the standard for much of the Western world's dietary practices — are due for an update in fall of 2015, but are already the subject of controversy. A recent report in the British Medical Journal claims the new dietary guidelines are based on flawed science and fail to incorporate the most recent nutritional studies.

Health journalist Nina Teicholz, author of the BMJ report, notes the committee working on the dietary guidelines failed to utilize information from the Nutrition Evidence Library, founded by the U.S. Department of Agriculture. The NEL was established in 2010 to be more thorough in the analysis and application of nutritional studies. While the 2015 dietary guidelines committee used reviews from the American Heart Association and American College of Cardiology, up to 70 percent of the topics discussed did not use the NEL. This creates a troubling conflict of interest, according to Teicholz, as these external groups are often heavily funded by food and drug companies.

The new dietary guidelines advise adults to limit their intake of saturated fat to no more than 10 percent of their total calories. Teicholz criticizes this advice, however, stating that there are several high-profile studies as of late that show saturated fat intake is not a significant marker for disease risk. Commonly found in meat and dairy products, the controversial fat was the subject of many studies in the 1960s and 1970s that were never reviewed by the committee, argues Teicholz.

Another source of controversy that the BMJ report notes is the low-carb diet, which Teicholz says the committee excluded in the new dietary guidelines. Although committee members blame it on a lack of useful evidence, Teicholz contends that there are actually quite a few significant studies that have been conducted since 2000, including 11 case studies and 74 randomized controlled trials. She argues that this research shows promise for a low-carb diet's ability to control diabetes, cause weight loss and lower the risk of heart disease.

It is unclear whether the BMJ report and its critiques are going to make a difference in the final dietary guidelines. If Teicholz had her way, the guidelines would shift toward a more low-carb approach. A lower-carb and higher-fat regimen would help manage and reverse metabolic disorders such as diabetes, she claims. Congress is scheduled to discuss the guidelines in October.

With all the conflicting information regarding what and what not to eat, dietitian Keri Gans advises people to take a moderate approach. "Overall, rather than pulling out individual nutrients, we should be encouraging everyone to eat a well-balanced diet of wholesome foods," she explains. While taking the new dietary guidelines into consideration, also consider focusing on consuming as many natural, minimally processed foods as possible.