As Macy's Closes 100 More Stores is There Any Hope? 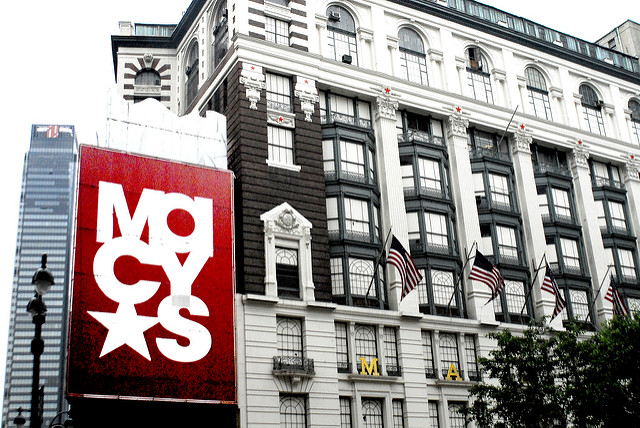 Business Insider chose to go inside Macy's at its flagship location in Manhattan shortly after the corporation announced it was closing stores. The closings, which CEO Jeff Gennette hopes will help create a better shopping experience across the entire brand, followed six straight quarters of dropping sales revenue. The brand rejuvenation may not come soon enough, based on the media outlet's findings.

Here's what Business Insider said the retailer should do to fix its famous flagship store on 34th Street. These observations and accompanying photos from inside Macy's apply regardless of how many stores it plans to close.

The first display seen inside Macy's was one featuring posh handbags from Michael Kors. The famed designer chose to opt out of some of the sales and discounts Macy's offers, so anyone hoping to buy these bags for less is out of luck. Once inside, the situation for high-end handbags quickly faded. Displays showed ragged, over-handled merchandise.

Many categories and departments aside from handbags were subject to huge sales and discounts. Name-brand jewelry and shoes had reductions between 40 and 50 percent. Even Michael Kors' clothing faced the last-chance clearance rack. The difficulty with constant sales is that it erodes confidence in the suppliers because no one who shops in Macy's would pay full price anywhere else. Plus, Macy's loses revenue when it has to place a large portion of the merchandise on sale just to move inventory.

Macy's saw red during its Christmas 2015 shopping season when sales declined 4.7 percent compared to the previous season. The store blamed warm weather across the United States because the holiday shopping season is usually when the clothing retailer sells a lot of winter outerwear. Based on the condition of the flagship store in the following months, winter outerwear wasn't the problem.

The clutter at Macy's indicated two things. First, the store had an inventory problem that sales, credit card gimmicks and clearance items couldn't solve. Some handbags showed they were 50 percent off, but no one might have known that because that portion of the store was in sorry shape. Second, it showed a lack of attention and care by the staff. Closing stores would reduce the amount of inventory Macy's has to carry as an entire retailer, and it might allow the chain to pay its employees more money so they feel like taking better care of stores.

Macy's continues to struggle to compete with online stores such as Amazon.com, that offer better ways to shop and already have discounts. Instead of store fronts, other retailers have warehouses to better manage inventory. Inside Macy's retail locations, it looks as if the store may have to suffer contrition before it can again become the beautiful retailer it once was.