Attention truckers: Is your safety up to snuff? 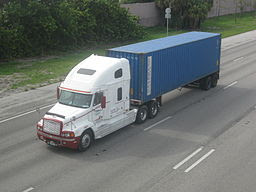 According to a recent article in Logistics Management, trucking companies could be facing a talent crunch of their own in the very near future. Truck drivers who are currently employed should pay heed, for if their safe operating practices are not beyond reproach, they could become one of the reasons for the talent crunch.

The reason why has to do with a new Federal procedure for rating the operations of trucking companies and truck drivers called Comprehensive Safety Analysis, or CSA. According to LM, CSA is the toughest safety regime the Feds have ever implemented - so strict that it could reduce trucking capacity by 5% as the worst drivers are forced off the road by its requirements.

CSA will use roadside inspection data and crash records to rate vehicles and drivers on seven factors: unsafe driving, fatigued driving, driver fitness, drug and alcohol use, vehicle maintenance, cargo-related safety, and a crash indicator that measures a carrier's history of accidents. Note that four of the seven factors concern drivers' condition and performance.

Carriers who score low on the CSA's safety ratings will face stepped-up inspections, warnings, and ultimately fines or even orders to cease operations if a carrier fails to correct its deficiencies.

What this means for tractor-trailer truck drivers is that the poor performers will likely be shown the door; estimates of how many truckers might lose their jobs or be banned from interstate truck driving range as high as 10 percent. For drivers now on the road, this should serve as a wake-up call to shape up if they have issues that could affect their driving; for those seeking a career as a truck driver, it could mean opportunity as companies act to replace lost capacity by hiring new drivers.