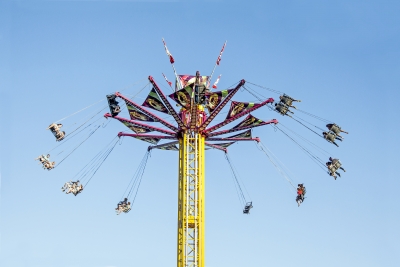 Does decision spin affect your organization's productivity? Decision spin is a state where decisions are passed continuously between managers, workers, bosses and other groups within a business, without anyone ever making a final decision. Decisions can spend months in this state, delaying the time when action is finally taken.

If you're frustrated by decision spin, the solution is often to embrace conflict. Too many managers let decisions bounce around various groups in an organization because they don't want to risk upsetting anyone by making a decision that not everyone likes. The desire to avoid conflict can also cause people to avoid openly debating issues, which is an essential part of the decision making process. By being willing to engage in managed conflict, managers can help to avoid decision spin and improve productivity in the organization.

Engaging in conflict doesn't mean starting arguments and creating grudges within the organization. Positive conflict management techniques can help you to have open and honest debates with co-workers, without creating bad feelings. The key is to focus on the problem, not the people. Objectively lay out the problem and avoiding turning disagreements into personal attacks. It's also a good idea to listen carefully to other people, so they feel like they have been able to voice their opinions. However, don't forget that the aim is to come up with a solution to the problem, not to simply debate the issue and leave the meeting room without resolving anything.

Educate people in the organization about decision spin, so you can work together to tackle problems in a productive way. Explain that you will be taking a new approach to meetings,then allow each person a strictly controlled two minutes to make their points. Ensure that all debates also have a fixed overall time limit. Appoint someone to write down pros and cons as they come up during the meeting. At the end of the session, take a decision and move forward with it, rather than letting the issue remain in a state of decision spin for a long time.

Tackling decision spin improves productivity in an organization. It can also improve employee satisfaction, as employees are less likely to become frustrated by the slow pace of change. Small hassles that are never addressed are one of the biggest causes of poor job satisfaction, so it's important to make timely changes, rather than allowing decision spin to delay the process.

Decision spin is a major drain on productivity in many businesses. Embrace conflict to prevent decision spin from taking over processes within the organization. Conflict management techniques can help you engage in debates without generating bad feelings, allowing you to make decisions quickly while maintaining good relationships between workers and managers.