Avoid These Résumé Clichés to Help Your Admin Applications 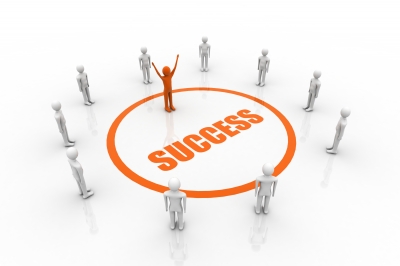 Résumés that contain common clichés do not make an impact in the business world. When applying for admin jobs, your résumé introduces you to your potential employers. As an admin, you will be responsible for creating documents and communicating with clients, so it is important that your résumé reflects your superior communication skills. Avoiding common clichés, such as overused words, and improper formatting in your résumé will help you make a great first impression.

One of the most common clichés in résumé writing is the use of overused vague words and phrases. Language like "motivated," "extensive experience," "track record," and "innovative" is often used by job seekers to describe themselves on admin résumés. These words are meant to conjure thoughts of high achievers, but they fall flat because everyone uses them. Instead of using one of these words to describe yourself, describe an ability or a specific time during a past job that demonstrates why that word describes you. For example, instead of saying you are motivated, describe a time that you used your internal motivation to start a new project on your own.

Another common cliché that is often seen on résumés is the "Objectives" section. This is often a one to two sentence statement at the top of your résumé that states your job seeking objective, which is often simply to find a job. When a potential employer sees a short objective statement at the top of an admin résumé, he will most likely scan past it. Job seekers often post this sentence on their résumés because they think it looks professional or because they think it is a required element, but in fact it's useless. Instead of adding a short objective sentence, consider writing a paragraph that explains your career goals. This will show potential employers that you have a career path that you are following.

Adding "References Available Upon Request" to the bottom of your résumé is another common cliché. Résumé advice once turned to omitting references from résumés to shorten the length, and this awkward phrase was born. An employer will most likely want references at some point of the hiring process, so you should always have them available. Instead, create a separate references page that has your résumé heading and a list of your references and their contact information. You can choose to send these references along with your résumé or keep them ready until you are asked for them.

When creating your résumé, your goal is to present yourself in a professional, positive manner. A recruiter who reads résumé after résumé with the same words and tired formatting is looking for someone to stand out from the crowd. By avoiding common clichés, you can create a résumé that will impress.