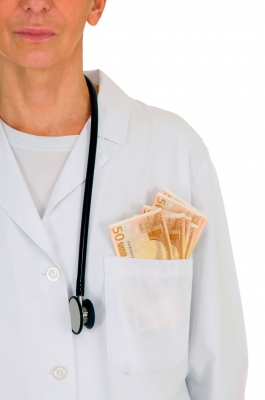 Despite these barriers, there are options available to state governments that can make health care more affordable for ordinary citizens. States that expand Medicaid coverage for individuals who make more than 138 percent of the federal poverty level receive some federal funding to do so. The District of Columbia covers people who make up to 216 percent of the poverty level.

The Affordable Care Act's Basic Health Program lets states allocate some of their Medicaid money for marketplace premium assistance, thereby reducing the amount citizens need to pay for a plan they want. Minnesota and New York lead the way in providing these types of programs.

States also create their own assistance for citizens who find they have gaps in coverage, like those with the family glitch. Combinations of waivers and additional health plans cover patients who have difficulty getting basic care for their families. Connecticut, Massachusetts, Vermont and New York continue to use pre-Affordable Care Act plans to help residents.

More than 5 million Americans signed up for health care coverage since the law was enacted. As many as 3 million young adults were added to their parents' health plans due to the Affordable Care Act's expanded coverage. Medicaid and the Children's Health Insurance Program expanded.

Despite glitches during the law's roll out, insurance premiums have decreased as much as 15 percent. A healthy labor force produces more, works more hours and is happier on the job. Kids who get well stay in school, learn more and do not fall behind in their studies.

When more data is available, states can begin to craft laws that help all their citizens reap the benefits of better health provision. The Basic Health Program also began in March 2014, which is an aspect of the Affordable Care Act that has not been thoroughly studied. Fixing loopholes in the federal level, like with the family glitch, also helps everyone.

The new legislation is not perfect, and it may take several years to see added benefits of the law. When more citizens have coverage, the more likely they are to use it. Utilizing health insurance boosts the entire industry, from insurers to doctors to office staff, who all care for patients who visit providers. Despite the added costs to some consumers, the Affordable Care Act makes dollars and sense for much of the labor force.