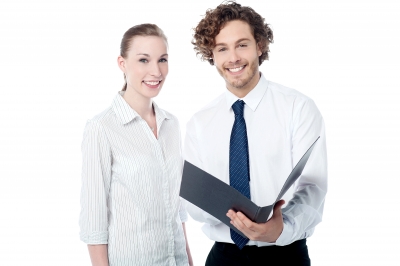 An executive assistant provides minute-by-minute support to the executives at the top levels of a company and, as such, must understand the demands on those execs. Executive assistants serve not only as the gatekeepers to their bosses, but also as their liaisons to various departments of the company. They therefore need excellent teamwork and communications skills.

Prove You're an Asset

If you want to become an executive assistant, start proving your value around the office. Start thinking like an executive. Take the time to analyze your department's current situation, or solve a problem that has been bedeviling your boss for some time. Work the same hours your boss does to show that you are up to the challenge. Make sure you let your boss know of your interest in a promotion to executive assistant, and ask what he needs to see from you to be convinced that you're ready for the change.

Prepare yourself to step into a new role as an executive assistant by proving yourself highly competent and trustworthy. The extra salary isn't the only reward for this new position, as the job itself can be exciting and highly fulfilling. If you have the right skills and initiative, an executive assistant position is the perfect way to take on new responsibilities and be close to the center of the action in your office.