Best Way to Explain a Gap Year on Your Resume 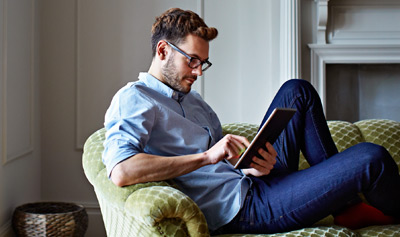 If you have a large gap of time on your resume in which you were unemployed, you’ll most likely need to explain why during an interview. There’s no need to panic though, because it’s actually pretty common. Life gets in the way of work and sometimes you need the time to focus on more important things, and employers understand that. Although, if you were fired for doing something outright egregious, it may be a bit more difficult to explain.

Having a gap year on your resume doesn’t insinuate laziness whatsoever, especially if you have a reasonable explanation. However, if you took a year off to “enjoy being lazy” much like fictional character Eric Forman (protagonist of Fox Network’s hit series That 70s Show) then you may have a more difficult time convincing the employer of the legitimacy of your hiatus. Let’s go over some common reasons why most people have gaps in their employment history and how to explain each scenario to your potential employer. You’ve most likely experienced at least one.

Reaching for a competitive position: If you’re dead set on working a specific position that you’re somewhat underqualified for, or a position in a highly competitive industry, you most likely will be applying and interviewing over a long period of time and experiencing a lot of rejection. I myself tried stepping into advertising right of school, arguably one of the most competitive industries to get a job in, and created a one-and-a-half-year gap in my employment history. However, when I’m asked about the gap, I explain how passionate I was and how badly I wanted to work in that industry, which is especially impressive if the job you’re applying for happens to be in that same industry. You could say something like: “There is a one-year gap in my employment history because I tenaciously tried to secure an agency position, so I’m ecstatic to be sitting in an agency today interviewing for this job.”

Taking care of your family: This is one of the more common reasons why most people have a gap in their employment history, and also one of the most sensible reasons as well. If you have to take time off to remain in the household in order to take care of your children, or if you need to care for a family member who is sick, the employer will certainly understand. If they don’t accept that as a justifiable excuse, then you probably don’t want to be working for them anyway.

Starting your own business venture: A lot of highly ambitious people try to start their own businesses, which on average fail right around a year unfortunately. You may start a business and spend a year working on building it from the ground up, trying to get it ready for its “launch”, only to have things fall apart. (If I’m sounding pessimistic, it’s because I attempted this myself.) Explain to the employer that you had a dream to own your own business and worked hard at it for a year; they’ll view it as a demonstration of work ethic and drive.

If you have a gap in your employment history, it’s probably for a good reason. Try to remember that we are all human, and that whoever is interviewing you will more than likely understand.