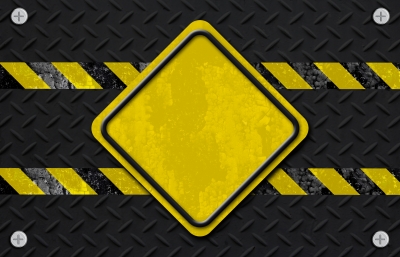 HKND Group has partnered with the government of Nicaragua to discuss the feasibility of one of the biggest construction projects proposed in recent history, the construction of the Nicaragua canal. This canal will connect the Atlantic and Pacific oceans to facilitate trade between Asia and the United States. Unfortunately, construction is not slated to begin until 2015 because the canal route will not be approved until the third quarter of 2014. Feasibility studies are also needed to determine the best route for the Nicaragua canal.

Several different routes have been proposed for the Nicaragua canal, but the scope of the project has changed several times over the years. The proposed route currently getting the most press is one that would send shipping traffic into Lake Nicaragua. Now is the perfect time to get the Nicaragua canal project underway because expansion plans for the Panama Canal have been delayed several times. HKND Group plans to build two airports, an overland vehicle route, an oil pipeline, and two deepwater ports, which could help ease economic woes in poverty-stricken Nicaragua.

Tim Johnson of McClatchy DC says this project could be one of the largest engineering challenges ever undertaken. Johnson also says the stakes are very high for this project. If it is approved, it could take as long as ten years to complete and cost as much as $60 billion. One of the biggest concerns about a project of this size is the potential environmental impact. No matter which route the developer chooses, the Nicaragua canal project will result in the destruction of hundreds of acres of tropical forest. There is also some concern that Lake Nicaragua will not be able to accommodate such a large canal. Despite the drawbacks, this project also has several potential benefits. Residents of Nicaragua would have access to more construction jobs, giving them the opportunity to improve their economy, and Venezuela would be able export more crude oil to Asian countries.

Despite many hours of planning, the Nicaragua canal is not yet a done deal. HKND Group will be working with the Nicaraguan government to conduct feasibility studies and determine the best route for the canal. The results of these feasibility studies could help the developer get the go-ahead to start the project, or planners could be sent back to the drawing board. The project has been shrouded in secrecy from the beginning, so some people are hesitant to support the construction without knowing more about who is financing it.

The idea for the Nicaragua canal is not a new one. In fact, explorers have wanted to link the Atlantic and Pacific oceans for several hundred years. HKND Group is working closely with the government of Nicaragua, but there is no guarantee the project will be approved once feasibility studies are completed. Like many construction projects, the Nicaragua canal will be nothing more than a dream until the project is approved and workers start excavating.