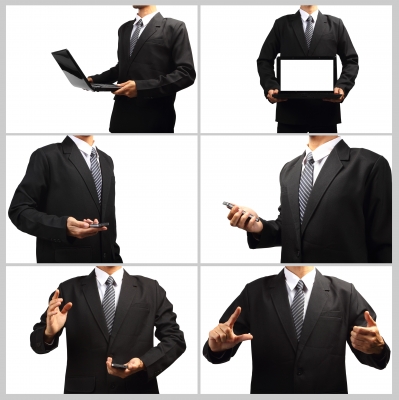 The holiday season is more than a time for gifts and good fellowship; it's also the time when the retail sector sees its highest levels of activity. In a consumer economy, the holiday season is central to retailers' end-of-year profit figures, and it often predicts the kind of consumer growth for the coming year. Probably no gifts are so warmly received during the holiday season as tech products. Tech products make great gifts, if only for the thought and expense they represent. It's worth taking a look at the hottest tech toys that will be available this holiday season.

It should go without saying that this holiday season will be a record setter for sales of tablet computers. Chief among these, and in many ways the flagship of the fleet, is the new iPad Air. Apple has apparently decided to take the lead in holiday season marketing by introducing the iPad Air on November 1, rather than rolling it out later to take advantage of higher pre-Christmas pricing. The great appeal of the Air is that it's a light fully functional iPad with dual-core processors that are finally optimized for the more than 140,000 apps that are available through the App Store.

No holiday season in the modern world is complete without a hot gaming console to light up the market. In 2013, that console will be Sony's PS4. Unlike the iPad Air, Sony doesn't have the holiday season all to itself, but it is likely to take a commanding lead in sales over its main competitor, the Xbox One. Not only is Sony rolling out its product a week before the Xbox launch, but it's worth noting that the makers of the PS4 have yet to apologize for any glaring design flaws built into the console. Combined with the loyal following Sony has built up from the PS3, holiday season sales are likely to be strong relative to the competition.

This holiday season, retailers are expected to see a spike in demand for that most essential of modern conveniences: the smartphone. Unlike the other items on this list, there is no clear runaway winner for smartphones this year. Apple has released the obligatory iPhone 5, and while no other smartphone is available with a gold-plated option, Samsung, Nokia, and Google are all fielding serious competition.

The holiday season has always been the busiest time of the year for retailers. Tech retailers, in particular, have seen rising sales figures every year for decades, and there's no reason to expect that to change soon. Tablets, game consoles, and the ubiquitous smartphones are the backbone of holiday season retail sales every year, and 2013 looks to be a very merry year indeed.