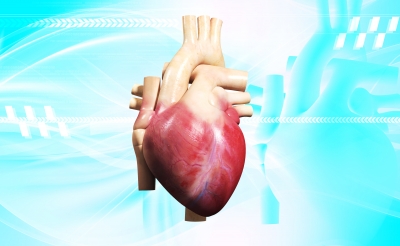 In the past, bionic technology was limited to helping amputees and people with paralysis overcome their disabilities. Several device manufacturers developed prototypes for a bionic heart, but these prototypes were unable to withstand rigorous testing. Now researchers at the Texas Heart Institute are testing a bionic heart that seems to function like a human heart. If the device passes initial tests, it could give hope to thousands of people living with serious heart problems.

Researchers have been trying to come up with a viable bionic heart for years. Past models did not work because the moving parts inside would grind together. To overcome this obstacle, Daniel Timms came up with a design for a bionic heart that has just one moving part. This model is very promising because the part moves between magnets hidden inside the device, eliminating the grinding that prevented earlier models from being put into widespread use. When Timms took his design to Texas Heart Institute, Dr. Billy Cohn realized it was the most highly evolved bionic heart he had ever seen.

The new bionic heart does not pump blood like the human heart does. Instead, a spinning disk propels blood through the circulatory system. The disk spins at approximately 2,000 revolutions per minute, pumping blood without a pulse and making it a real departure from previous designs. In 2001, researchers from Abiomed developed an artificial heart for use in humans. Although the artificial heart was implanted in several patients, the researchers warned health professionals not to get too optimistic about the results. The device was designed to extend life expectancy in people who had only been given 30 days to live; it was not intended to do the work of the human heart for months or years.

Scientists from the Texas Heart Institute are already using the bionic technology in animals. In January 2015, researchers from Texas and Australia replaced a sheep's heart with the bionic heart originally designed by Timms. They chose a sheep because the animal has a chest cavity similar in size to that of an adult woman or a child. By implanting the device into a sheep, the researchers showed the bionic heart has promise in helping humans. However, it will take approximately three to five years before the device will be ready for human patient testing. One of the obstacles to getting the bionic heart ready for humans is the enormous amount of funding required. The researchers need a minimum of $5 million to continue their research.

Thousands of people die waiting for donor hearts each year, creating an intense demand for a working bionic heart. Once researchers start working with humans, they will be able to see if Timms' design works better than previous iterations. If Timms' bionic heart works properly in human subjects, researchers may be able to save thousands of lives and keep heart failure from becoming a death sentence.