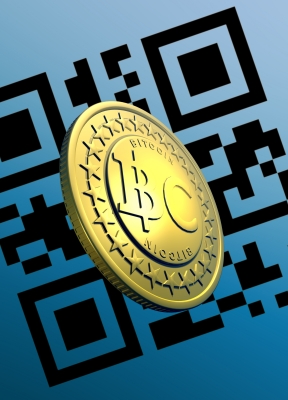 Although Bitcoin took steps toward becoming a legitimate currency in 2014, its value dropped to the extent that it was the year's worst performing currency. Bitcoin's value began the year at $1,130, but it plummeted by 56 percent to end the year at just $326.

Bloomberg tracks 175 foreign-exchange currencies, with Bitcoin appearing on the list alongside many national currencies. Due to the drop in Bitcoin's value, the digital currency performed worse than all the 174 other currencies tracked by Bloomberg, including the Russian ruble, which was negatively affected by economic sanctions following the crisis in Ukraine.

Bitcoin's supporters claim that a value of $326 is still impressive for a currency that has only existed for a few years. Indeed, looking at Bitcoin's value over a longer period than one year paints a much rosier picture for the digital currency. At the beginning of 2012, Bitcoin's value was only a couple of dollars, demonstrating that the currency has seen an astronomic increase in value over the last three years. Early Bitcoin investors who still own the currency they bought or mined years ago stand to earn a large return on their investments, despite the recent decrease in Bitcoin's value.

Bitcoin has attracted much suspicion since it was created by a mysterious figure known as Satoshi Nakaoto in 2008. The currency is commonly used for money laundering and to buy illegal items, particularly drugs. For this reason, regulators and legitimate businesses have been reluctant to recognize Bitcoin as a currency, but that attitude could be starting to change. During 2014, several retailers adopted Bitcoin as an acceptable payment method, including the electronics giant Newegg. This company uses the Bitcoin payment processor BitPay to immediately convert the customer's Bitcoin into fiat currency at the time of purchase.

In December 2014, even Microsoft adopted Bitcoin as a payment option for digital goods, such as Xbox games, music and video content. Other companies that also started accepting Bitcoin in 2014 include the online retailer Overstock. This increased adoption could indicate that Bitcoin is gaining legitimacy as a currency, even though its value has reduced over the last year.

Some Bitcoin advocates even argue that the falling Bitcoin value could be good for the currency. Bitcoin's value began 2014 at a high point of well over $1,000 per coin, to which it was driven by speculation. Although Bitcoin's value dropped steadily over 2014, it was largely free from the sudden price spikes and crashes that previously characterized the currency.

Although Bitcoin was the worst performing currency of 2014, there are signs that it has cemented its place among the world's currencies. Adoption of Bitcoin by major companies could lead to greater awareness of the currency among the public, which could lead to a recovery in Bitcoin's value.