Black Friday to be Busiest in Several Years 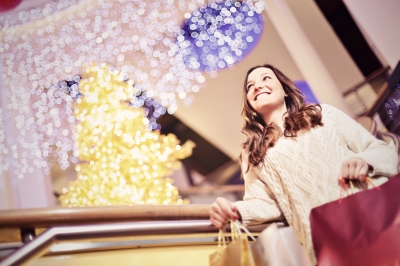 The economy is back and better than ever, especially if Accenture's 2014 holiday shopping study rings true. A whopping 66 percent of American consumers surveyed by Accenture plan to shop on Black Friday this year, and 47 percent of those anticipate buying merchandise at brick-and-mortar stores sometime between 6 p.m. Thanksgiving and 5 a.m. the next day. Forbes indicates this data means the holiday shopping season will be the busiest in eight years.

These numbers compare to 55 percent of American shoppers who said they would shop on Black Friday in 2013, and 52 percent in 2012. The busiest shopping season in eight years translates into the best economy since the recession of 2007. Lower gas prices, more jobs and better hiring all lead to more consumer spending on holiday gifts.

Retail stores are ready for the crush. Shortly after Halloween, malls and retail outlets announced when they would open for Black Friday. As many as 20 national chains open on Thanksgiving night between 4 p.m. and 6 p.m., including Wal-Mart, Sears, Best Buy, Macy's, Michael's and Staples.

The survey's numbers are rosy even beyond the busiest shopping day of the year. As many as one-quarter of American shoppers plan to spend more money on holiday gifts than last year, up from 20 percent in 2013. These consumers plan to spend an average of $718 total. Of the 25 percent of consumers who plan on spending more this year, 28 percent told Accenture they have more discretionary spending this year than last year.

Mobile and online spending also figures to look up this year. As many as 37 percent of survey respondents plan to use desktop, mobile devices or tablets to shop for Black Friday bargains. Stores that have applications, online deals and printable coupon specials stand to benefit from tech-savvy shoppers.

The busiest shoppers seem to be millennials, the age group of 18- to 34-year-olds, who plan to turn out in droves on Black Friday. Up to 86 percent of the survey's respondents in this age group are going to brave the busiest shopping day of the year to spend money. This trend marks a golden opportunity for stores to cash in on the consumer spending boom with the biggest spenders.

Cyber Monday should be better than ever as more shoppers use technology to shop online. Accenture's numbers show nearly two-thirds of consumers plan to use the Internet or mobile devices to buy holiday gifts. This trend continues from 2012, when more consumers spent money online than before for holiday gifts.

The winter holiday shopping season appears to be on track for a record-setting year. Black Friday shoppers are ready to endure long lines, an extremely busy Thanksgiving Day, fistfights over that have-to-buy toy and lots of caffeine in order to get the best deals. The global economy is back.

UBS: These 6 factors could spell disaster for retailers this holida...
news from Markets