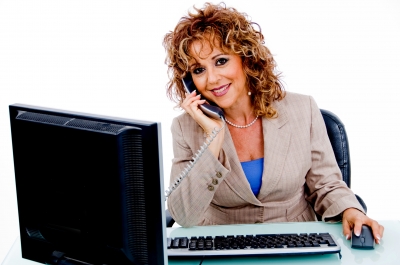 In order for a company to be successful, it must have solid leadership. Even the most skilled employees can't perform their jobs properly if they have a poor office manager. As team leader, it's your responsibility to provide a positive work environment conducive to productivity. Instead of establishing yourself as the boss, try to become a leader. Let's take a look at the differences between a boss and a leader.

Earn the respect of your staff by guiding and nurturing them, rather than simply ordering them around. Anyone can delegate work and then sit back and wait for it to be completed. A team leader gets involved with the project as needed, without micromanaging. Check in on your employees, and give them concrete examples. When you're both on the same page, projects are completed faster and smoother.

2. Leaders Are Willing to Learn

Just because you're the office manager doesn't mean you're infallible. Even the most skilled, experienced team leaders can learn from their employees. The best leaders recognize their flaws and work to improve them. They also see potential in their workers and build them up. If you make a mistake, own up to it. Nobody is perfect, and your staff will respect you if you don't try to pretend that you are the exception.

Instead of criticizing errors, celebrate achievements. As office supervisor, addressing mistakes is one of your major responsibilities. However, the way you handle issues is what defines you as a team leader, rather than just a boss. Be kind and understanding. When one of your team members does something noteworthy, use them as an example to inspire others. Build a culture based on rejoicing employee strengths, rather than focusing on weaknesses.

If you run into a problem, seek long-term solutions that eliminate the problem for good. Any company boss can find a quick workaround. The difference between giving an answer and providing a solution is the amount of effort you put in. For example, if an employee asks for a client's contact information, you can read off a phone number, or you can show the employee how to access that information. Like the old saying goes, teach your employees how to fish, rather than giving them one meal.

Mistakes are inevitable. You're going to make them, and your employees will, too. Blaming others for your mistakes is an even bigger mistake. As the team leader, when something goes wrong, it's on your shoulders. It may not always seem fair, but it's up to you to take the high road. Even though you have a leadership role, you're still part of a team.

As a team leader, your passion should be evident. A boss is just there to collect a paycheck, whereas a leader truly wants to help the organization and its employees to progress and succeed. Take pride in your job, and you will become a natural leader.