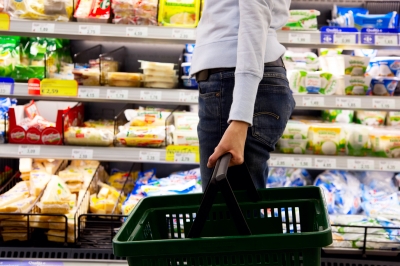 Brick-and-mortar retail locations are a longtime business staple. Consumers enticed by low prices online and quick shipping still do the majority of their shopping in offline locations, drawn by the ability to purchase goods firsthand and pick up parts or items that would otherwise be expensive, unwieldy, or likely to spoil during shipping. Online retail sales continue to grow, but they still only represent a small percentage of the overall retail market. This seems to indicate that brick-and-mortar retail locations are likely to remain an important option for business owners in the near future.

The growth of online sales has fueled concern among brick-and-mortar retail experts. The possibility of competing with a larger entity that can consolidate its inventory, ordering, and delivery processes in such a way that it can maintain a nationwide or even worldwide presence online is greater cause for concern than the local megastore. Consumers are increasingly turning toward online venues, and online sales have doubled since the worst of America's recent recession. This marks a likely trend towards increased online sales in the future.

Retail store owners do not need to worry about closing up shop tomorrow for this reason, however. Sales from online retailers only encompass about 6 percent of the total retail market—brick-and-mortar retail is far bigger than online retail. Media coverage of advances in technology fueling the expansion of online retailers may downplay the relatively small percentage of the market that segment actually controls. Large segments of the market still belong firmly to brick-and-mortar retail stores, including consumables such as food and gas as well as goods such as new or used cars and auto parts.

The continued growth of online sales may definitely have an impact on brick-and-mortar retail in the future. However, many shoppers, teenagers in particular, prefer shopping in physical locations, and new technology allows traditional retailers to bridge the gap between online and offline in a way that offers that market the best of both worlds.. Mobile apps can use online tools to help direct local buyers to shops in their area. Brick-and-mortar retail shops can also offer both in-store and virtual shopping environments for savvy shoppers, enabling the use of logistics similar to those of larger outlets while maintaining a strong local presence.

Traditional retailers still make up the bulk of the retail market. The difference in overall sales between online and brick-and-mortar retailers is staggering, and it seems unlikely that traditional stores are going anywhere anytime soon. Up-to-date entrepreneurs working in retail are likely to embrace both an online presence and the ability of digital tools to drive business to their brick-and-mortar retail storefronts to help create or maintain an edge in the ever-changing marketplace.

Google and Facebook's share of the online ad market could eventuall...
news from Markets