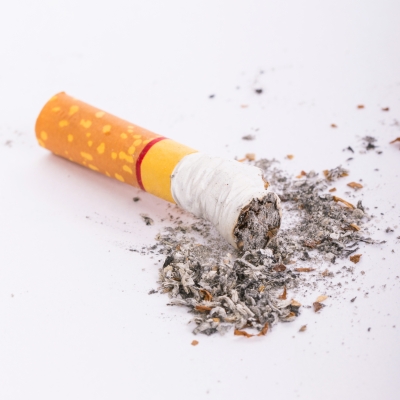 CVS Caremark Corporation has now become the first national pharmacy chain in the country to cease tobacco sales in its stores. While this move will cause CVS to miss out on an estimated $2 billion in annual revenue, it offers a unique opportunity for the chain to position itself as a health-care provider. Now known as CVS Health, the company is seeking new territory in the U.S. healthcare market.

This major move is CVS Health's initiative to improve the health of consumers by eliminating tobacco sales, thereby reducing tobacco use, says Chief Executive Officer Larry Melo. "Consumers are increasingly taking control of their own health and, through our 26,000 pharmacists and nurse practitioners, we are helping people on their path to better health," Melo says. CVS' courage to change the industry certainly impressed the White House, which issued a statement calling for CVS' competitors to follow suit. Walgreen Co. hasn't taken the bait but is planning to support reduced tobacco sales with solutions and alternatives to help modify behavior and kick the habit for good.

"We believe that if the goal is to truly reduce tobacco use in America, then the most effective thing retail pharmacies can do is address the root causes and help smokers quit," says Walgreen spokesman James Cohn.

In the absence of tobacco sales, what products will score the prime behind-the-counter real estate where tobacco products used to be? CVS plans to use this coveted shelf space to display information on its stop smoking program, designed to help reduce and eventually eliminate the nearly half a million smoking-related deaths each year, many of them due to lung cancer. While tobacco products will be noticeably absent from store shelves, the company says it does not have plans to eliminate or reduce sales of other "unhealthy" items, such as high-sugar soft drinks and fatty snacks.

The initiative to eliminate tobacco sales from its stores aligns perfectly with CVS' other plans and projects. In the last 10 years, the company opened 860 walk-in medical clinics in 38 states, featuring nurses and physician assistants with the power to treat illnesses and write prescriptions, right from inside the store. CVS plans to add 150 new clinics within the next year. The company also maintains partnerships with 40 major health companies in the U.S., with the intention of helping streamline patients' experience with doctors' offices, clinics and pharmacies.

As of September 2014, CVS operates 7,700 stores, 900 walk-in clinics and 65 million members of its pharmacy benefits program. As the Affordable Care Act added over 8 million people to insurance policies in 2014, CVS hopes to position itself as a partner to U.S. insurance and health-care companies, which analysts say should make up for the lost tobacco sales. Although no competitors have followed suit yet, hopefully CVS has started a trend among pharmacies.

The Sex Toys You Didn't Know You Needed
news via Refinery29